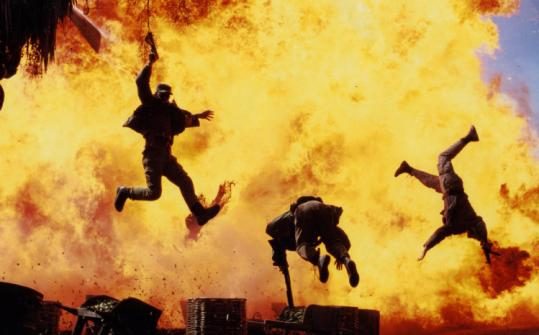 80s action films generally showcased one or more of the following traits: Excessive muscle mass, big choreographed fight sequences (weaponized or not), and memorable one-liners. Love them or hate them, they’re forever engrained into our collective psyches. This list is a salute to those brave men who have made our mindless entertainment possible.

Criteria: Must have starred in an action flick during the 1980s; American cinema targeted

Got one that I’ve missed? Out with it then!

You don't understand! I coulda had class. I coulda been a contender. I could've been somebody, instead of a bum, which is what I am.