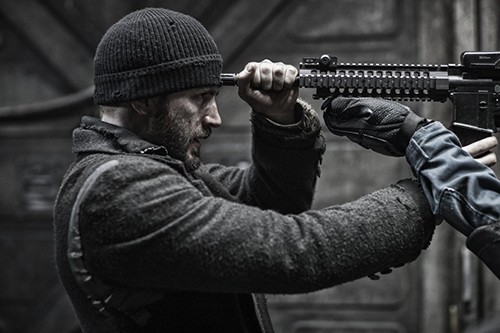 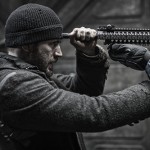 “A blockbuster production with a devilishly unpredictable plot” one of the film’s characters says in a different context, but these words might as well be used when describing Snowpiercer. Based on the French graphic novel Le Transperceneige, Joon-ho Bong’s latest film marks the South Korean director’s English-language debut. The story is set in a future where an unsuccessful global-warming experiment has killed off almost all life on Earth and the only survivors are the people who have managed to get on board of the “Snowpiercer,” a train that travels what remains of the frozen world. Snowpiercer is, though not only, a film about class struggle, for we enter this world at a time when the oppressed inhabitants of the so called ‘tail section’ prepare for a rebellion against those in the front section and implicitly — against the upper class. Their goal is to make their way to the front section and take charge of the engine.

As the already mentioned quote truthfully points out, Snowpiercer has the merit of being unpredictable. The audience never knows what awaits around the corner — they know as little as the rebellious characters know about what awaits in the next train car. Not only the unforeseeable turns taken by the portrayed events manage to surprise, but also Joon-ho Bong’s way of intercutting moments of peculiar comedy — or comedic peculiarity — with the seriousness of the class struggle.

But apart from just employing this sort of humor (which is quite uncharacteristic to a post-apocalyptic, big-budget film but works wonderfully), Joon-ho Bong also disorients the average lover of the genre by leaving a few things unsettled, be it the motivation of a character for killing both members of the tail-front and of the front-front, or a teenager’s ability to see through walls.

However, it is less the story (co-written by Joon-ho Bong with Kelly Masterson) and more the introducing of doubtable morality and the unveiling of the colors, textures and even odors of this micro-world that provides the audience with a reason to keep its eyes glued to the screen. Bad guys do not remain bad guys, good guys do not remain good guys and neither do they simply reverse roles. Viewers are treated to characters which seem to be pure evil without a reason, characters which appear to be of good heart and remain so until the end, and characters which do evil while following a noble purpose. And either by emphasizing the gelatinous texture of the black protein bar that constitutes the single nourishment of the tail section inhabitants, by depriving the scenes taking place there of sufficient lightning or color or by letting large chunks of scenes revolve around the desirability of cigarettes and drugs, Joon-ho Bong provokes the audience with strong physical sensations that provide an immersive feel for this unforgiving world. 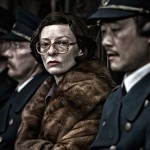 While contemplating the cast of the film, one might wonder if Jamie Bell has landed his role partly because of his innocence-inspiring face. The discovery made by Thomas Vinterberg with “Dear Wendy” and by Lars von Trier with “Nymphomaniac” that Bell’s childish face might provoke more interest when accompanied by vicious, morally dubious behavior, seems to have gone unnoticed when he was cast to play a good-guy role in Snowpiercer. Otherwise, one might find a few casting decisions slightly vanilla. Chris Evans is once again a hero, but at least this time he is just as much an anti-hero. Vlad Ivanov is once again a killer. The character he played in Cristian Mungiu’s “4 Months, 3 Weeks and 2 Days” kills by performing abortions, the one he plays in here kills without any clear motivation and with a gun. Apart from that, Tilda Swinton looks very similar to how she looks in Terry Gilliam’s “The Zero Theorem” as she tackles the loathsome role of Mason, the authoritarian of the train.

Ultimately, the most remarkable thing that Joon-ho Bong manages in Snowpiercer, is that he has the courage to introduce a bit of peculiarity to the post-apocalyptic film genre. Though it might have the fault of overwhelming and exhausting movie goers by trying to deliver too much at once, Snowpiercer is, nonetheless, an unpredictable and entertaining ride.

Living in Vienna, I study film. I do other stuff too. 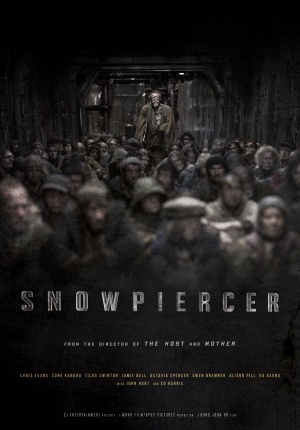