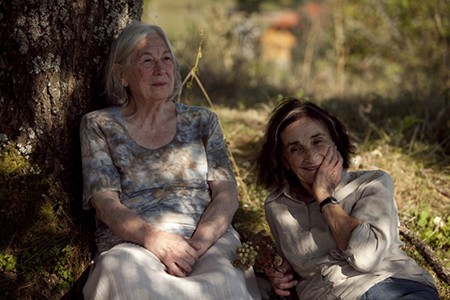 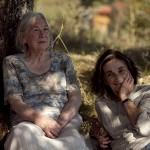 Birds, leaves, sky, trees, branches, things of beauty we see every day but hardly recognize, are brought to our rapt attention in Slovenian director Vlado Skafar’s lyrical documentary A Girl and a Tree (“Deklica in Drevo,” original title). Like Louis Malle’s “My Dinner With André,” the film consists mainly of a conversation between two friends, in this case Slovenian actresses Stefka Drolc and Ivanka Mezan, now 91 and 88 years old, respectively. Set in an idyllic Slovenian meadow by cinematographer Marko Brdar, the pace is unhurried and the mood is dreamy and poetic. It is a film of spaces and silences, a hymn to nature and a love song to life and the beauty of growing old.

Using gradual fadeouts rather than cuts to blend one scene seamlessly into another, the first part of the film consists of an interview with Stefka. Seated in a chair in the middle of a wide grassy area surrounded by trees, her long white hair flopping on her face. In a manner so intimate it feels as if she is in your living room talking directly to you, she reminisces about her childhood and the places she lived as her father moved from job to job. In the attic of her apartment in Maribor where her older sister was attending university, alone within herself, she began to daydream.

When her sister started acting, Stefka went with her to rehearsals and began to be included in the cast, taking the first steps towards an acting career. With compassion and a wry smile on her wrinkled face, she talks about the lovers she had and how her mother was accepting when she became pregnant at age eighteen. Pausing to reflect on her life, she says that now she has to learn to walk again, and to live again and again, to “sort herself out, to be good to people and help them.” “Happiness,” she asserts, “is being able to love people without restraint.”

In the second part of A Girl and a Tree, Stefka is joined by her friend and fellow actress, Ivanka Mezan. Lying on the grass, eating lunch and noticing how beautiful and peaceful everything is, Stefka oddly begins to talk about the horrors of the world, especially the events of September 11th. While Stefka can also see the injustice in the world, in the Zen tradition, Ivanka says that things are the way they are and it doesn’t mean anything. It’s just that way. To her, life is always up and down. We get up and then we fall down. “As long as we can live with nature,” she says, “things will be good.” 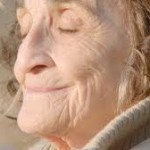 Ivanka is reminded of a poem that tells of the poet’s sadness and how she looks to nature to find happiness. Ignored by the stone that is silent, by the stream that keeps running, and by the oak tree that sadly smiles as its leaves bid farewell in Autumn, she gazes at the blue sky. The poet notices that the sky isn’t happy or sad, it’s just a blue sky and the blue sky is forever. Reaching out to Stefka, she tells her not to be sad, “Don’t think too much about it,” she says, “there are so many beautiful things in the world.” When Stefka talks about her own mortality and remarks that “there is beauty in saying farewell, but I shiver when I think about someone close, my beloved,” Ivanka says, “Everyone experiences it and lives through it.”

“When I will not exist anymore, everything will be the same. There will be earth and sky, hell and paradise. Everything will go on as it is. It’s hard when you get older. You realize one day that you live only in your memories. You no longer look forward.” “Look at the wind,” she says, “this peace, this silence. These moments are happy.” After a long silence, Ivanka smiles. “I just had a thought,” she says, “happiness is that we are.” With that the two friends walk off. The sun will set any minute. They are in a peaceful place, purified. The world is beautiful, at least for the moment. As a branch drifts slowly out of the picture, we know that eventually we will all do the same, a part of nature and of all that is. 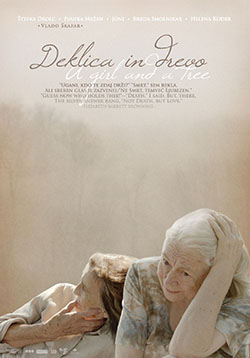