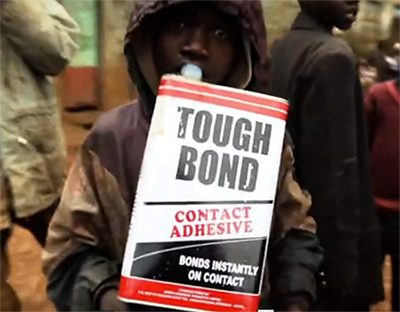 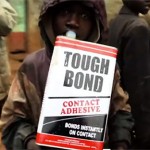 Shot on location over the course of three years, the movie follows the lives of four individuals whom are caught in the web created by the avoiding eye of government and the collapse of villages into treacherous slums. Vandenberg and Beck introduce the role of village unity early on with the first spoken words of “I massage you to give you strength.” A woman is looked after by the village elders during childbirth and a new child of Kenya appears in a deceptive but tasteful scene. The intimacy of the opening is only a prelude to the social disconnect that is to follow.

The directors make a Kubrick-like shift by presenting the village childbirth scene on Lake Turkana and subsequently taking the action south to the streets of Isiolo. A teenager, Sinbad, addresses the importance of work while a bottle of glue dangles from his mouth. The Afropop score reminds that life is much different here than the quiet life the villagers on Lake Turkana live.

Work, music and glue: The trinity of relief for the impoverished Kenyan youth forced to work in slums. Huffing glue is the most common outlet for one to forget what they do not have, and as young Sinbad explains, “No stress for food. No stress, no cold.”

Directors Vandenberg and Beck are effective by acknowledging the significance of huffing glue in Kenyan society and present the personal tales without forcing politics on the viewer. In one of the most troubling scenes, the owner of Kenyan Adhesive Products, Mohamed Karin, acknowledges the use of his product by children, but also communicates that huffing glue doesn’t cause any harm. An inescapable feeling of despair is prevalent through Tough Bond as the subjects cope with the stresses of daily life and seek happiness through glue and sexual activity. One young man learns that his girlfriend is HIV positive yet still contemplates — in a giggly demeanor — whether he should continue having sex with her.

Tough Bond is essential viewing, but not so the viewer can be temporarily moved. One should not be distressed by the content matter, but rather attempt to understand the psychology of the Kenyan youth. The absence of a community bond and stress of street life is the complex of the “survivors.” Intimacy is only a fairy tale. 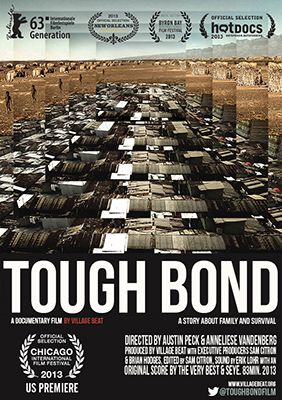