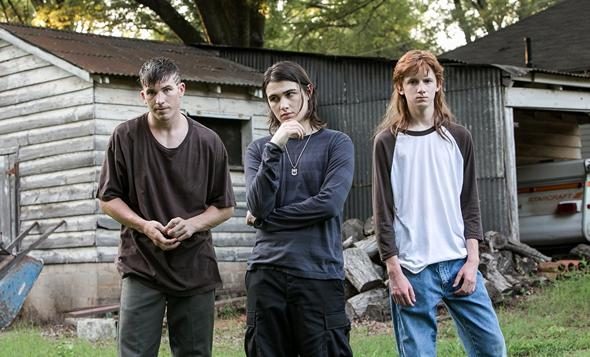 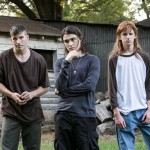 The disturbing case of the West Memphis Three has been covered extensively in Joe Berlinger and Bruce Sinofsky’s “Paradise Lost” trilogy, along with Amy Berg’s 2012 documentary “West of Memphis.” So what additional information can be brought to the table with the 114 minutes of Devil’s Knot? Answer: Not much.

Director Atom Egoyan’s foray into the facts of the case has enough horrific details of the crime to make audiences queasy, and serves as a reminder that people should never forget what happened to Christopher Byers, Stevie Branch and Michael Moore. However, Egoyan doesn’t offer any new information on the case. In fact, the title and compressed story reminds of a Lifetime Original television docudrama rather than an investigative powerhouse that wishes to build upon its predecessors.

Devil’s Knot is roughly the Cliff Notes version of the case for those not familiar with the nuts and bolts of it. In 1993, three young boys disappeared in West Memphis, Arkansas and were subsequently found hog-tied and submerged in a creek. The shocked community quickly pointed their fingers at three teenagers whom appeared to be the perfect suspects. Suspicions of Satanism captured the interest of the police force and the trio of Damien Echols, Jessie Misskelley, Jr. and Jason Baldwin were taken into custody.

The initial casting of established stars and Oscar winners Colin Firth (“The King’s Speech“) and Reese Witherspoon (“Walk the Line”) must have looked fantastic on paper, and would have looked even better on film if director Egoyan could have delivered on the same level as David Fincher’s “Zodiac.” Unfortunately, there is little depth to the story of Pam Hobbs (Witherspoon), mother of Stevie Branch, or Ron Lax (Firth), an investigator who slowly comes to the realization that West Memphis has got it all wrong. Despite the lack of exposition, both actors give heartfelt performances. Rising star Dane DeHaan of “The Amazing Spider-Man 2” has a small role as potential suspect Chris Morgan, but his Lifetime Original/Unsolved Mysteries appearance is ridiculously contrived with a baseball cap plopped on his head. “Dane, we want you to look YOUNG. Put this on.”

Of the accused, the casting directors do succeed in the casting for Jessie Misskelley, Jr. and Jason Baldwin. The former is played by doppelganger Kristopher Higgins (“In Time“), while the latter is brilliantly played by Seth Meriwether, who does wonders by expressing the youthful innocence and confusion of Baldwin. Unfortunately, for the role of Damien Echols, James Hamrick was simply the wrong choice. Echols was the most charismatic of The West Memphis Three and Hamrick’s brooding appearance screams out “I’m acting!” which only adds to the made for TV vibe.

Devil’s Knot does feature outstanding cinematography from Paul Sarossy, along with the sharp editing of Susan Shipton, but the film would have been more compelling if previously documented alternate theories were sufficiently explored. A more comprehensive look at the “Mr. Bojangles” suspect along with more background information on Colin Firth’s Ron Lax and the possible guilt of Terry Hobbs could have gone a long way. Props to Egoyan for slipping in a reference to singer Robert Johnson and his deal with the devil, though. 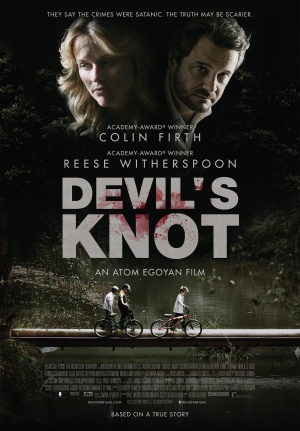