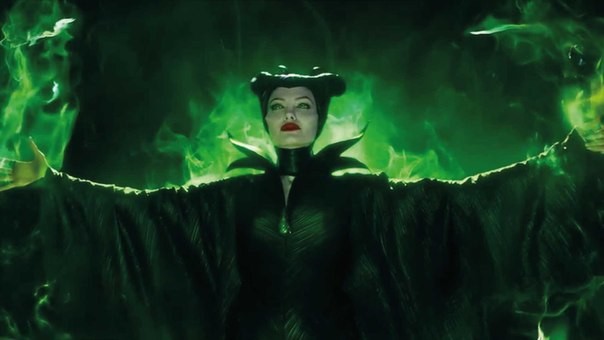 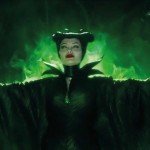 Everyone’s invited to Disney’s PG pity-party Maleficent. Directed in the cadence of a Lana Del Rey song (who, coincidentally, shows up during the credits with a closing track), this live-action re-imagining of the 1959 animated classic “Sleeping Beauty” has enough gothic romance, leather gowns, and teen gloominess to attract a substantial summer audience. Surprisingly, however, Robert Stromberg makes good of his first time at helm (having previously worked on the art direction in both “Alice in Wonderland” and “Oz: The Great and Powerful“) and fashions a blockbuster that’s enchanting enough to recommend despite its faults.

Once the young and innocent protector of the Moors, a magical realm at the edge of a human kingdom, Maleficent (Angelina Jolie) has since been burdened by a broken heart. Betrayed by her ambitious boy-toy Stefan (Sharlto Copley), who clipped her wings in order to become king, Maleficant now sulks in the shadows. She finds companionship in a shape-shifting crow, Diaval (Sam Riley), who lets her in on a secret: Stefan has a newborn daughter, Aurora. As revenge, she storms the christening, cursing the baby to an eternal slumber that’ll befall her on her 16th birthday; however, Maleficent mercifully allows the spell to be broken by true love’s kiss.

Rather than finding her a bachelor, Stefan banishes his daughter to a cottage in the woods to be raised by three pixies (played by Imelda Staunton, Juno Temple, and Lesley Manville). The crux of Maleficent unveils as the fallen fairy, who never loses sight of the child, starts regretting her curse. Minutes translate into years (literally, thanks to the film’s shoddy pacing) and Aurora (acted finally by Elle Fanning) draws closer-and-closer to her everlasting sleep, while simultaneously becoming enamored by the person who doomed her to it. While the from-good-to-bad-to-good plot device isn’t anything groundbreaking, the chemistry between these two foils is enough to keep the story interesting.

Maleficent isn’t the first fairy-tale that’s been retold through a darker perspective (though, beneath the commercial streamlining, nothing’s as morose as the original fables), but it’s definitely the most character-driven. Unlike “Snow White and the Huntsman,” which conjured the visual magic but suffered a storytelling dry-spell, a good chunk of Linda Woolverton’s script is devoted to making its focal character a bewitching lead. The writing makes Maleficant embarrassingly easy to empathize with for anyone who’s ever been betrayed — especially in the game of love. And, despite her four-year hiatus from live-action films (her last performance being in 2010’s “The Tourist“), Jolie’s as brooding, malicious, and — at times — sensual as her role demands. 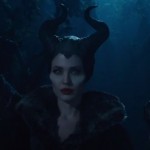 Hidden in the shadows.

Trouble brews in the film’s final act, which is rushed and unconvincing. The final showdown between Maleficant and King Stefan, who’s become progressively more insane, is predictable and boring; the only sense in it is watching Diaval morph from bird-to-dragon. Furthermore, the true love’s kiss portion of the plot is hardly fleshed out, with Prince Phillip’s character (a wooden Brenton Thwaites) being rushed along just to move the story into an inevitable CGI conquest. While this is obviously the villain’s film — not Sleeping Beauty’s — it would’ve been nice to see Aurora’s fate explored a little more closely.

Ultimately though, Maleficent won’t ever knock you into a deep sleep. Running at just 97 minutes, it’s not hard to break the curse of derivate, probably studio-inspired, storytelling. For all the grievances in its cauldron of tricks, there’s enough of Jolie’s spellbinding performance to still make the film wickedly entertaining. 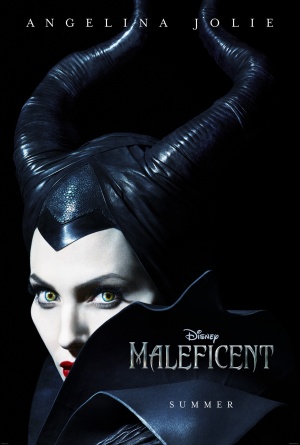