Terminator Genisys marks the fifth installment in the beloved franchise but it’s not, unfortunately, made for fans. Or anyone else for that matter. The script, written by Laeta Kalogridis (“Shutter Island”) and Patrick Lussier (whose biggest claim to fame is “Drive Angry”), does as much as it can to bring those uninitiated with the series up to seed. Consequently there a lot of bad monologues, especially in the first act of the film, during which the infamous John Connor (played by Jason Clarke, “Dawn of the Planet of the Apes”) convinces his apprentice Kyle Reese (Jai Courtney, “A Good Day to Die Hard,” fills the role), to go back in time and protect his mother Sarah Connor (Emilia Clarke, “Game of Thrones” TV series) from a machine bent on resetting the future in order to create the perfect robot dictatorship. To the writers’ credit they’re able to frame such a convoluted plot in a way that kind of makes sense, even if it leads to a lot of unconvincing dialogue and action sequences.

But this latest sequel, or whatever it is, mostly distracts its audience with throwback moments and mindless action (of the unconvincing variety as previously mentioned). Everyone knows Arnold Schwarzenegger’s character, the guardian killer robot (whose father figure dynamic is amped up this time), regardless of whether they’ve seen the first “Terminator” films; Alan Taylor, the film’s director (known for helming that abysmal Thor follow-up, “Thor: The Dark World”), alongside whatever Hollywood producers paid him to take on this project, must’ve figured nostalgia was enough to drive ticket sales. Every scene of Terminator Genisys is manufactured using the summer blockbuster handbook, especially the reprisal of the series’ catchphrase, “I’ll be back!” Hence the structure is simple: Explosion, bad joke, explosion, hint of romance, explosion, villainous spiel, and explosion. Even the way cyber paranoia is introduced as a theme — smartphones and social media are weaved in as a generational thing — is cringeworthy. The sentiment — we can’t trust robots! — is something that’s been addressed in hundreds of other (better) movies, but that’s what makes it safe to include here.

The most depressing part about Terminator Genisys, however, has to be seeing how much fun Arnie’s having. He’s definitely more invested than any of the other actors, especially Jai Courtney who continues the trend of C-list actors undeservingly getting headline billing (just try and watch him in literally anything). Watching Arnold, grey hairs and all, fight a perfectly toned and jacked FX version of himself is the film’s one high-note, though even the novelty of that is lost through sheer redundancy.

Nevertheless, while I hate the movie for just about everything, I’m happy Schwarzenegger got to relive his prime. I wish we all could be that lucky. 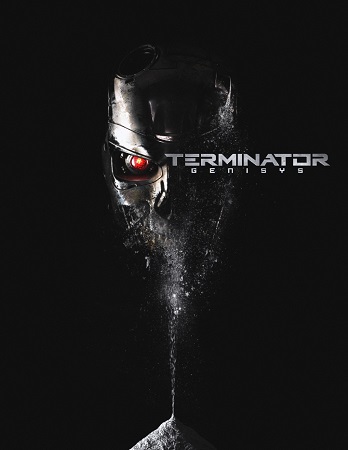