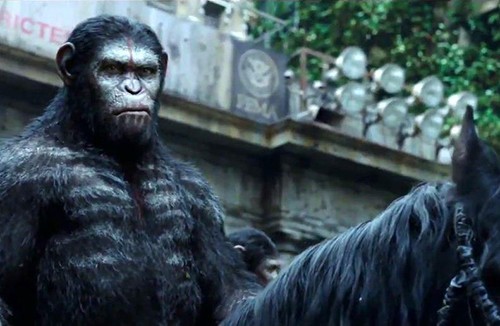 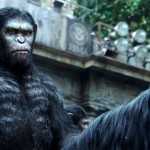 As head ape Caesar stands atop the rubble of a symbolic tower toppled moments before in a last ditch attempt by fearful humans to wipe out his kind, human benefactor Malcolm (Jason Clarke) confronts him in a fruitless bid to stop further fighting saying, “War isn’t what [he] want[s].” Mournfully, Caesar looks upon him and declares in a somber, defeated tone, “War has already begun.” In a way, the mood of this scene comes to represent the entire philosophical underpinning behind Matt Reeves’ excellent Dawn of the Planet of the Apes. The film is less a didactic parable wagging a finger at the cyclical nature of violence and much more of a melancholy lamentation of how clashing dogmas lead us to hate the other based entirely on how we perceive their otherness. It’s that and so much more.

Following the events of the previous movie, “Rise of the Planet of the Apes,” the human race has been almost completely wiped out by a virus carried by the new breed of intelligent apes to which the apes themselves are immune. As human civilization falls, however, the apes prosper. Under the rule of Caesar (Andy Serkis), they’ve built a society in the woods of the ruined San Francisco where they’ve fashioned homes and even a crude legal system (commandments such as “Ape must not kill ape” written prominently on a wall). Soon, a group of humans including the aforementioned Malcolm are sent into ape territory to fix a dam that will generate power for the homo sapien refuges and hopefully start the process of rebuilding.

Watching as the apes and humans interact with one another, we witness bonding between them in a series of scenes lyrical in their naturalistic elegance and grace, but more prominently we witness their capacity to fear the other race. Dawn of the Planet of the Apes uses this dynamic as a springboard to launch into a commentary on the ways in which xenophobic paranoia creates splinters within power structures (Caesar’s name is no accident) and how we appropriate our so-called enemies’ methods of violence despite the fact that it’s those very methods that feed our prejudices about them in the first place. After passing judgment on the humans as a violent species, the apes soon get their hands on their counterparts’ guns and eventually fall victim to the same kind of internal squabbling and tribalism (Caesar’s deeming his overthrower Koba “not ape” hits home in its familiarity for this very reason) that has come to define us for so long. “Evolution” indeed. 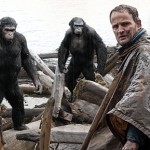 Surprisingly, given its fixation with such ideas, Dawn of the Planet of the Apes isn’t a plead of “can’t we all just get along?” but an examination of why exactly it is that we can’t, positing the film world’s inevitable war and forgone ruin as the only possible outcome of the kind of distrust and fracturing portrayed here and mirrored within our own culture. A zero sum game where both players are focused on winning without paying any mind to what is lost, because as far as they’re concerned, they can’t lose any more than what they already have. The only thing visible through their tunnel vision the eyes of the adversary as they watch intently for them to blink first. At its core, this mutually-assured destruction is a truism, but the film’s approach to it finds a strange poetry in its simplicity, commenting only in the broader strokes but giving its audience a god’s-eye view of how the cycle plays out and, in doing so, maximizing the emotional impact of its narrative.

Dawn of the Planet of the Apes is a lot of things. An indictment of tribalist maxims, a simple and heartfelt portrayal of how we cling to the things that we love most in the dark even after they’ve long gone, a warning about how the absence of those things can metastasize into hostility at what (or whom) we assume is responsible for their loss-even by association, and of course a thrilling sci-fi blockbuster with kick-ass action scenes enriched by thematic and symbolic meaning. See it, cherish it, for we may not soon get something else like it in mainstream popular culture. A damn shame given the fact it feels like a refreshing blast of moral Listerine into the mouth of blockbuster cinema. 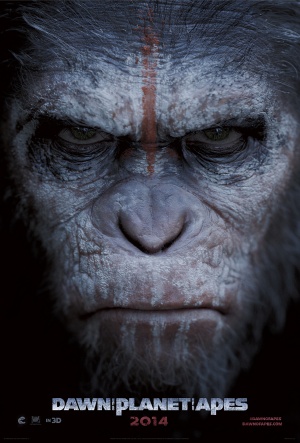