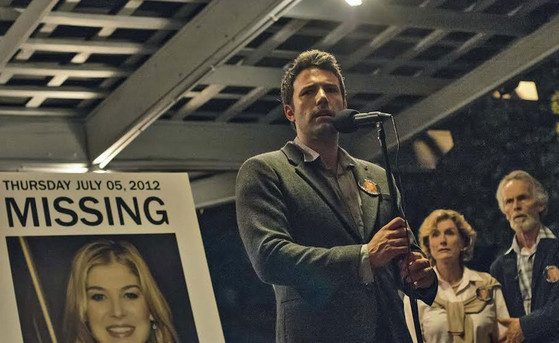 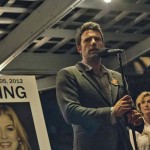 A plea for help.

With now three adaptations of trashy page-turners under his belt, all of which have averaged out to pretty spotty final products, David Fincher seems to have his heart dead set on joining the cinematic pantheon of alchemists such as Brian De Palma and Stanley Kubrick who have successfully transformed lead into gold. However, the proper measurements appear to constantly elude him. “Fight Club,” beautiful and expertly-made as it was, made the fatal mistake of wholeheartedly embracing Palahniuk’s pencil case nihilism while “The Girl with the Dragon Tattoo,” for all its stunning imagery and formal prowess, succumbed to the hacky, arrhythmic Scooby Doo narrative of Stieg Larsson’s piece of crap novel. To be fair, Gone Girl (adapted for the screen by the book’s own author Gillian Flynn) marks the closest Fincher has ever come to making an honest-to-God good movie out of Barnes and Noble literature, but on the whole, the formula seems to have eluded him yet again.

Gone Girl centers on working class schlub in an upper-class house Nick Dunne (Ben Affleck in what’s probably the best performance he’s ever given): A bar owner in Missouri. When his wife Amy (Rosamund Pike, amazing as always) disappears, he not only finds himself embroiled in the mystery of her disappearance, but also at the center of a media shit storm where the public sees him as the most likely perpetrator. Switching between the main plot and narrated asides in the form of Amy’s diary entries that help flesh out the fuller picture of Nick and she’s crumbling marriage, the film’s narrative unfolds methodically, but in a way that still suggests touches of the kind of pulpy batshit insanity famous of novels sold in airports and supermarkets. For the first half, this is all very compelling since the exuberantly trashy sensibility of Flynn’s screenplay melds surprisingly well with Fincher’s formal techniques and trademark cynicism, forging something somewhat akin to what would happen if one of the two aforementioned filmmakers adapted a script meant for early 90’s Paul Verhoeven.

CAREFUL, THERE ARE SPOILERS BELOW

Then . . . something happens. In the middle of the movie, it is revealed that Amy has not been kidnapped or murdered, but has run away and framed Nick for the crime to get revenge for his bad husbanding ruining her life. The film takes a monologue from the book explaining in painstaking detail both how she framed the scene and how men’s expectations of women hurt them which would be a pretty interesting flourish if it weren’t so isolated. Gone Girl would like to have you believe it deals in objectivity and moral grey area with this little detail and winks at “maybe they’re both equally bad people” but even after this reveal, the film sides with Nick since its main dramatic thrust lies in whether or not he’ll get the blame off his shoulders. 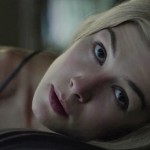 Even worse, all subsequent scenes with Amy unambiguously portray her as a vicious vagina dentata. A manipulative black widow who lives to ruin the lives of men around her by feigning abuse. It’s here where Gone Girl makes the leap from deftly-crafted and fun, if slightly questionable pulp cinema, to something much more disingenuous and toxic. Eventually it’s revealed that Amy once faked being sexually assaulted by a man in high school (one who the movie posits as an entirely innocent victim) and later seduces a man before murdering him after staging vaginal trauma to frame him in a master plan. These developments cater to and preserve a dangerous status quo for abuse victims (especially women) who are repeatedly accused of “faking it” any time they work up the courage to come out about what they’ve endured.

Of course, all this leads to the question: “What exactly is Fincher trying to say here?” The answer, unfortunately, vacillates between “something insidious” with the prior and “not much” with everything else. As an examination of gender-based social mores, its half-baked conception in this regard and willingness to align sympathies guts any meaning to be mined. As an indictment of the institution of traditional American marriage, its insights don’t reach beyond anything much more meaningful than a more nihilistic spin of what could be ascertained marathoning “Everybody Loves Raymond” (although admittedly it’s considerably less painful). Maybe the real lesson of Gone Girl is something Fincher should have learned a while back: You CAN polish a turd, but that doesn’t mean it’ll taste like chocolate cake. 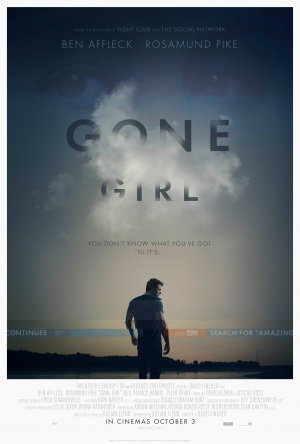