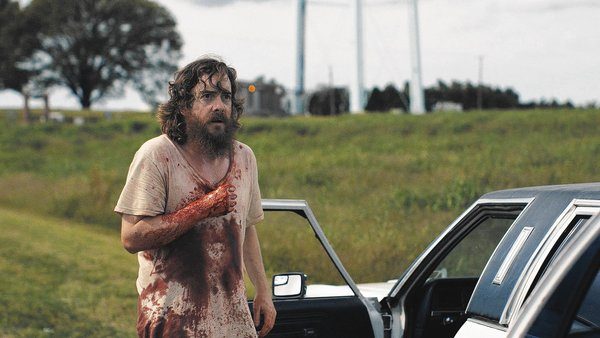 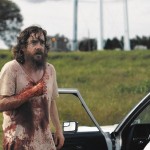 Revenge can be messy.

As nail-bitingly intense as it is darkly funny, Jeremy Saulnier’s sophomore effort Blue Ruin is the kind of film that comes down the line and launches careers for all talent involved. A work of sheer craft, it’s a movie that takes a very standard set-up and wears its influences on its sleeve, yet still manages to come across feeling like a riveting, bracingly original work thanks to confident filmmaking and smart twists on a formula that has long since become old hat.

Macon Blair stars as Dwight Evans: A homeless man living out of a car near a Virginia beach. Scraping by eating food scraps out of garbage cans and sneaking into people’s homes to use their baths, he finds his daily routine interrupted when he receives news of the release of one Wade Cleland: The man who allegedly killed Dwight’s parents. Overcome with anger, he tracks down Wade and kills him, setting into motion a downhill-rolling snowball of consequences as the Cleland clan reacts to the slaying.

While Blue Ruin is, at its heart, a parable about violence begetting violence, it works equally well as a sly subversion of genre tropes. Instead of a labyrinthine revenge plot or an initial killing serving as the impetus for a life of vigilante justice, the inciting murder is a messy crime of passion that comes back to haunt Dwight as a wave of repercussions stemming from his own myopia. As a matter of fact, it’s Dwight’s ineptitude as an avenging angel that becomes fodder for the film’s Coen-style gallows humor. Without any real plan or experience with weapons, Dwight’s story of blood-for-blood retribution is less a display of righteous fury and more of an almost goofy series of trial-and-error failures and instances of prevalence through sheer dumb luck, allowing for ample riffing on the way revenge narratives typically unfold, ranging from having Dwight missing his target less than two yards in front of him to a cringe-inducing in the moment, but chuckle-inducing in hindsight botched self-surgery.

Even with all of its grim tomfoolery messing with traditional revenge story trappings, Blue Ruin carries a very solemn, almost disquieting undercurrent of grief. We’re never quite told why Dwight ran away, but his return home is peppered with instances of pained nostalgia and regret, every turn of a school yearbook or old photo album’s pages evoking memories of simpler times long past. It’s here where Blair shines. In a performance with long dialogue-free stretches, the actor uses his expressive face to communicate a deep sadness in the pit of his soul that can turn in an instant to blinding rage. Sporting little screen experience, Blair is a natural at physically conveying his character’s inner demons better than words ever could, his puppy dog eyes hinting at a deep trauma just beneath the surface. 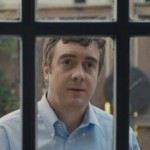 Equal credit should go to Jeremy Saulnier. Pulling triple duty as director, writer, and photographer, he concocts a myriad of unbearably taut scenarios. With an impressive set of directing chops, he uses his excellent grasp of scene geography and parallel action to stretch viewers’ nerves until they twang. Especially during a scene near the middle that starts out as a template home invasion scene, but through clever staging and shot placement, turns into something far more potent than anyone thought possible with that situation in this day and age. Saulnier also boasts a tight grip on visual storytelling, driving the plot forward and building character by focusing on background details and minutiae as well as the characters’ physical actions. As Dwight sits in the Cleland’s house waiting to unleash his endgame, the camera pans over family photos and a “Welcome home, Wade” banner. In the hands of a lesser filmmaker, this would feel like a cloying attempt to get us to sympathize with the antagonists, but Saulnier turns it into a meditative moment for the character, just now coming to the disturbing realization that the objects of his rage exist for reasons outside of causing him personal pain.

Basically a distillation of the revenge flick down to its barest components of action and retaliation, Blue Ruin is a movie that takes advantage of its stripped-down approach to deliver both an amusing dark comedy subverting the inherent absurdity of its subgenre and a compelling drama that holds a mirror up to the kind of hatred that operates as a perpetuator of violence. Milking a remarkable amount of white knuckle thrills and surprising poignancy out of its simplistic, pulpy premise, it feels bound to be playing at late night screenings years from now. I, for one plan to be there. 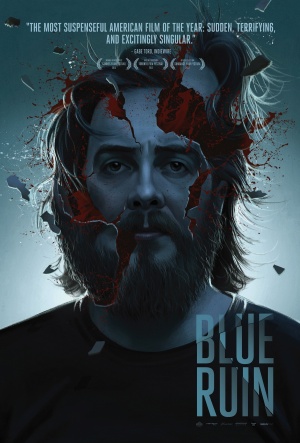