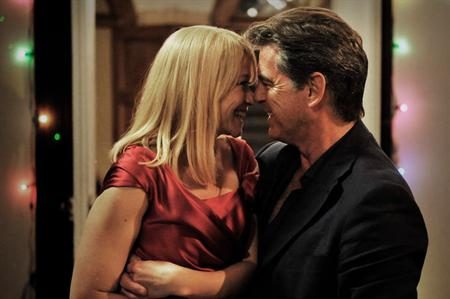 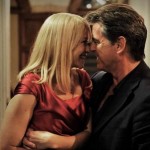 A second chance at love.

Oscar-winning director Susanne Bier has crafted several emotionally resonant films that have had a strong impact on the viewer. Unfortunately, Love Is All You Need is not one of them. Hitting all the right buttons, the film makes a concerted effort to appeal to the requisite demographics but forgets to aim at constituents with intelligence and sensitivity. Filmed mostly in Italy on the Bay of Naples, its gorgeous natural surroundings and talented cast cannot redeem it from a nonsensical plot and characters who are irresponsible jerks. Billed as a romantic comedy, its originality is immediately suspect when we hear the song, That’s Amore, open the film a la “Moonstruck.”

Ida (Trine Dyrholm), an attractive middle-aged hairdresser, is a cancer survivor with a guarded prognosis. Coming home from the hospital, she is shocked when she sees her husband Leif (Kim Bodnia) on the living room couch in heated embrace with Thilde from Accounting (Christiane Schaumburg-Müller). Telling his wife that he was so stressed by her illness, he had no choice but to cheat on her, he asks for forgiveness. Obviously, if he had thought, like most adults, about moving to a more private setting or had given one second of thought to the timing of his tryst, it would have ruined the plot. The incident aside, Ida, traveling alone, is on her way to Italy to attend her daughter Astrid’s (Molly Blixt Egelind) wedding. Flustered, she backs her car up in the airport parking garage and runs right into – wouldn’t you know it? That’s right, Pierce Brosnan of all people. 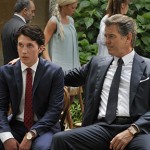 Not only is Philip (Brosnan), the head of a fresh-produce company and one of the myriad of uber-wealthy people in Love Is All You Need going to Italy as well but is, wonder of wonders, the father of the groom. Now how’s that for a coincidence? Of course, they are both angry and fighting mad, a prerequisite for living happily ever after. Philip is particularly bitter since he lost his wife several years ago in a car accident and has been taking it out on the rest of humanity ever since. Things are only heating up, however. When we get to the wedding, held at Philip’s luxury villa in Sorrento, we meet Benedikte (Paprika Steen), Philip’s rowdy and obnoxious sister-in-law who tells him that she’s always been madly in love with him. This prompts one of the nastiest speeches in movie history where lovely Benedikte finds out just how awful she really is. Tender is the night.

To make the gathering even more cringe-worthy, Leif shows up at the wedding with his floozy girlfriend who’s all smiles. Much to Ida’s horror, her soldier-son Kenneth (Micky Skeel Hansen), floors his father with a right cross from his only one good arm. There is much more melodrama, however, including a laughable twist involving Patrick (Sebastian Jessen), the husband-to-be, but I had better stop now. If all of this was played as a farce, it would be moderately amusing even with all its stale sub-plots, predictability, and banal dialogue. Unfortunately, the film has an aura of profound seriousness that makes it insufferable in any genre. Despite some moments of genuine warmth, Love Is All You Need wastes some fine talent on a romantic comedy that has neither romance nor comedy. If this film is any example, love isn’t all you need. Some maturity and responsibility would also help. 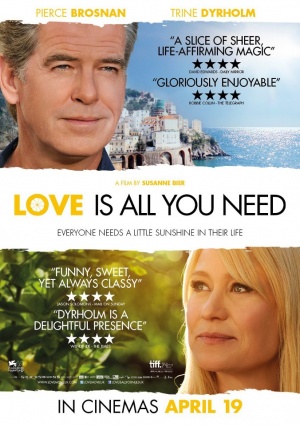