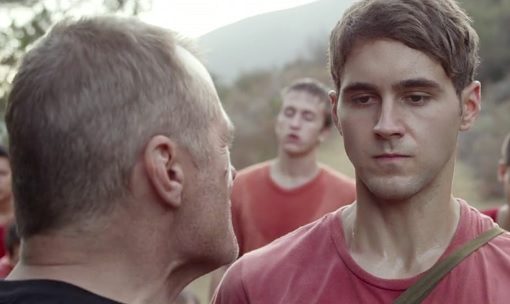 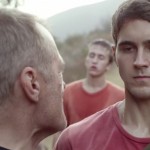 “We’re in the business of transformation,” says Colonel Frank Reichert shortly before proving to instead be in the business of humiliation, degradation and manipulation. Reichert is the camp director at Coldwater, a privately run juvenile reform facility (much like many institutions that exist in real life) to which parents send their children in an attempt to force them away from a path that will lead to prison. Brad Lunders (P.J. Boudousqué) is a teenage drug dealer whose life is spiraling downwards, and whose mother sees admitting him to such an institution as the only option left — a final attempt to fix where she went wrong. Coldwater is the story of his struggle. The debut feature of writer/director Vincent Grashaw, the film leaves us emotionally distraught with a sincerity few others achieve, so it’s not hard to believe that it has been in the works for 13 years. Grashaw began writing it at just 18; over the years it has clearly become a true passion of his, and this devotion is evident throughout.

The film opens with Brad waking up in the middle of the night to be handcuffed and taken away while his mother watches, and neither he nor the audience is prepared for what is about to follow. But upon hearing Colonel Reichert’s (James C. Burns) introductory speech at the camp located in the midst of vast wilderness, things start to make sense, and we begin to believe that the brand of discipline unique to such places might actually be effective. Quickly, however, we’re forced to realize just how dire the situation is, and within the first ten minutes there’s an attempted suicide from one of the camp boys that, disturbingly, doesn’t seem beyond belief. We’re not only on Brad’s side, but also constantly asked to question these facilities as well as the parents who could bear to put their children through them, and so when Brad eventually succumbs to the camp’s methods, we think we know exactly how the film will play out. It seems little more than an interesting version of a morality play with a political statement, wanting to critique the subjugation of teenage boys through such methods, and using emotional anguish to convince you of its case.

This isn’t the path Coldwater chooses to take, as we soon discover, caring about its characters enough to tell their story, rather than simply using them to influence our perceptions. Brad is no innocent teen, and Reichert is certainly much more than a malicious dictator figure, and the complexities present within both characters are particularly brought out thanks to the stunning work of the cast. Burns does an incredible job as Reichert, portraying previous experiences and underlying issues effectively whilst also allowing us to thoroughly dislike the man he has become. Boudousqué, meanwhile, is notable not only in his uncanny resemblance to Ryan Gosling, but more importantly in his quietly convincing and intense presence, seeming for all his worth a teenager full of remorse that lurks beneath the surface. Grashaw, of course, also ensures that the talent given to the more minor roles are nevertheless crucial in truly making the film as captivating as it is, and sets the majority of it within a wilderness that seems paradoxically barren, allowing for some incredibly beautiful images.

The script (co-written by Mark Penney) somehow manages to take us through two years since Brad’s arrival at Coldwater, never feeling rushed and yet also entirely avoiding any sense of repetition. Every horror we’re presented with continues to shock us without crossing into the territory of torture porn, instead serving a very specific purpose at each moment. With such strong contributions in every aspect, including the poignant score, the film continually teases out our emotions and knows exactly what it is doing, but doesn’t manipulate the power of its heartbreaking tale. Perfectly dancing the line between conscientious realism and conviction in its purpose, Coldwater may just be one of the most moving films you see this year. 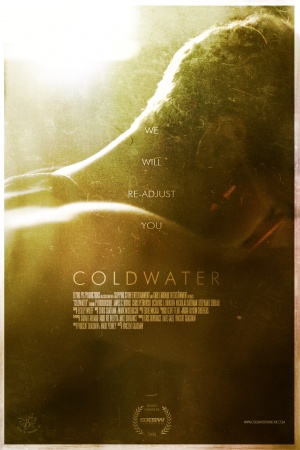