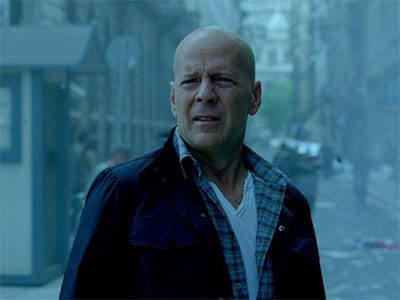 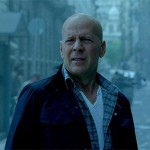 John Moore’s new film A Good Day to Die Hard is the action equivalent of a chick-flick: It’s an hour and a half of highly predictable, mindless popcorn filler good only for the most ardent. The only thing it really gets right is it doesn’t take itself seriously — taking the action genre to the realms of the beyond ridiculous.

John McClane (Bruce Willis, “Looper”) is heading to Russia to try and track down his absent son Jack (Jai Courtney). His clearly devoted daughter, Lucy (Mary Elizabeth Winstead, “The Thing”), sees him off at the airport but when John arrives in Russia it’s clear that Jack is neither devoted to John or, for that matter, even willing to acknowledge him as a father. Making the father-son reunion more explosive (literally) is the coincidence that Jack is actually a spy in the middle of a crucial mission to save Komarov (Sebastian Koch, “Suspension of Disbelief”). Talk about an interfering parent!

Thankfully this parent has some indispensable skills because at this point all three become involved in what feels like the longest, most drawn out car chase in movie history involving clichéd Russian baddie Alik (Radivoje Bukvic, “Goodbye Morocco”). There’s no questioning the sequence makes for impressive viewing but after seeing around the 30th car being crushed, the high octane action begins to become a bit vanilla and it loses its magic. When Alik says, “I’m sick of this shit” towards the end of the car chase one has to kind of agree with him.

Ironically, Alik’s statement is one of the more profound; much of the limited dialogue throughout A Good Day to Die Hard consists of “Damn you’s” and “I’m sick of this” or “I’m sick of that.” There is no Shakespeare here. In plenty of abundance, however, are “conveniences”– plot devices used to help drive the movie forward or get the protagonist out of bind. One such example is the wealth of large vehicles suitable to stand up to the vicious onslaught from Alik on the Russian streets that make themselves readily available to John. Just once it would have been nice to see McClane get stuck with a Mini Cooper (although, I’m sure he would have made it work equally to his advantage being the superlative action hero he is). Another is how Alik’s henchmen sacrifice themselves by putting themselves in the way of McClane’s bullet hails. Guys, the idea is to not stop bullets with your body. 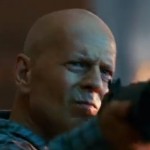 Willis picks back up the McClane persona well enough (“Live Free or Die Hard” was six years ago), but nonetheless, it’s rather sad to see the every-day hero get reduced to such a lame caricature. And although Jai Courtney did a passable job, I’m not convinced that Jack, who is transparent and lifeless, can carry on the torch I presume is being passed to him for further Die Hard installments. The standout, if there is one in A Good Day to Die Hard, is Radivoje Bukvic as the eccentric, tap-dancing Alik. Although his part is small in comparison to the others he conveyed a suitable ruthlessness necessary for a villain intent on destroying everything.

To consider A Good Day to Die Hard something other than a cash grab related to the resurgence of 80’s action heroes would be disingenuous. From the ridiculously unoriginal plot, underwhelming writing and mostly uninspired direction, it’s clear little thought went into producing a worthy addition to the loved franchise. John McClane deserved better. 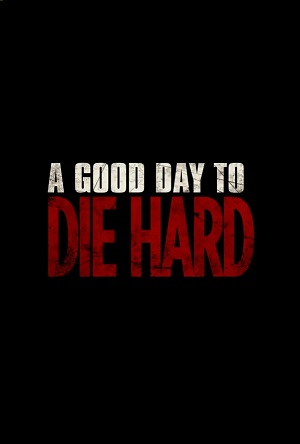