Justice League is absolutely fucking terrible. There I said it. Now let me tell you why.

The characters suck. I hate Ben Affleck (“The Accountant”) as Batman. He looks fat and wears an ugly sweater in all his scenes as Bruce Wayne. This new version of Batman also looks very sluggish while fighting. It’s almost as if Steven Seagal is the one sweating profusely in the suit. Gal Gadot (“Wonder Woman”) seems pretty chill in real life and is so very attractive, but Wonder Woman adds nothing to the plot. Neither does Flash (Ezra Miller, “The Perks of Being a Wallflower”) who basically plays as the overly cutesy comic relief. Jason Momoa, who I think is in “Game of Thrones” and if he isn’t should be, is Aquaman, the movie’s typical “bad boy” hero which was once occupied by Batman. Oh yeah, there’s also a half robot black dude named Cyborg (Ray Fisher). Actually, Cyborg is kind of cool. His CGI is terrible in a more than a few scenes, and he barely gets any backstory (apart from a vague explanation that, before becoming part machine, he was a football player), though I liked his powers of being able to control technology and thought Fisher’s performance was decent.

Of course, after some initial trepidation, they all team up to fight some stupid demon-guy that wants to destroy the universe for some trumped up reason. I’m sick of comic book movies using this type of villain. Marvel does it a lot too. The evil guy here is the wholly computer generated Steppenwolf. The actor who animators motion captured to play him and speak his lines through some sort of filter is Ciarán Hinds (“Hitman: Agent 47”). It really wouldn’t have mattered who played and/or voiced Steppenwolf because he looks terribly fake and his lines are awful. Every time he talks it sounds like dialogue from a bad role-playing game for the Xbox 360. I swear there are no interesting or even unintentionally funny quotes from him. All he says are stock lines like “I am the God of Death” or “puny humans.” He then swings his scary axe at Wonder Woman, who somehow gets knocked into a wall but manages to instantly get up with only a tiny scratch on her forehead.

Watching the expensive fights between Steppenwolf and the Justice Leaguers is a colossal waste of time. It’s obvious the heroes are going to get slapped around at first, but then with some sort of epiphany or help in the last action sequence they’ll win and save the Earth and smile at each other while giving high-fives all around. There are literally no stakes since it’s common knowledge that Warner Bros. has already planned several sequels for this shit — they wouldn’t want to kill off any of the characters who can make them billions more dollars. However, given how much money Justice League is destined to make, they could’ve at least invested in some decent costume design. The Flash’s outfit looks terrible. I get red spandex is what that character wears in the comics, but this movie is supposedly set in a somewhat realistic universe. I just couldn’t believe that someone would willingly dress up looking like such an idiot, especially if they were trying to kill a super powerful entity that controls armies of ghoul-beetle creatures. Wonder Woman’s armor also seems so fucking impractical for battle. In one scene she’s jumping out of the back of a plane and you can sort of see Gal Gadot’s bare ass, which I feel like was done intentionally. It just looks ridiculous to see her in basically a mini skirt swinging a sword at supposedly deadly monsters.

Seeing the 41% score this movie got on Rotten Tomatoes didn’t affect me. I’m convinced that Marvel pays off movie critics since the films they make are equally as formulaic, yet somehow always end up in the high 80’s and certified fresh. Even knowing that Zack Snyder was directing didn’t bother me either. I’d figured there’d be some quality control from Warner Bros. Ultimately though, apart from Cyborg, i just didn’t like anything about Justice League. I’m not even gonna bother mentioning who wrote the screenplay because they put literally zero effort into making it original. As for Snyder’s direction, I have like almost no comment. There’s a corny opening montage where the movie cuts to various shots of the universe in disarray while a melodramatic folk song plays in the background. That seems to be Zack’s calling card — I’m pretty sure he did the same shit in “Watchmen.”

I think there were rumors that Warner Bros. hired Joss Whedon to help edit this shit in post-production. A lot of scenes transition so rapidly that it’s always obvious where large chunks of story were cut. Apparently people said that “Batman v Superman: Dawn of Justice,” which i also thought was extremely bad, turned out to be a lot better once the full director’s cut came out on DVD. Maybe Justice League will also have a better version that you can buy for $29.99. I’m not going not to get it though — they suckered me to pay once, I sure as shit won’t do so again. 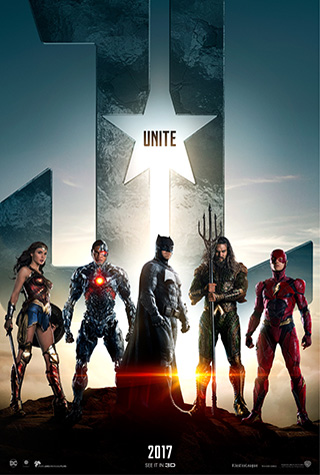