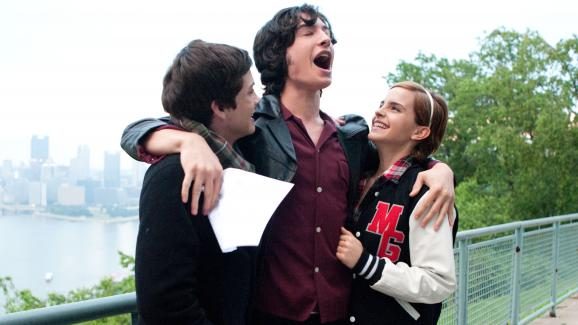 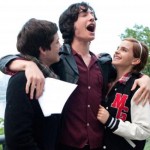 Friends of the moment.

I wager there are not too many people who would raise their hands to go back in time to high school. College? Yes. But high school, you would have to be out of your mind to go back to the cliques, emotional turmoil, bullies, and hormones, unless you were a football player of course. The high school in The Perks of Being a Wallflower looks like any other, complete with the jocks, the freaks, and the cafeteria lunch tables whose seating arrangements are more stringent than the United Nations.

Charlie (Logan Lerman) is a brand new freshman and he is wise enough to know he has a long way to go in high school to emerge on the other side of graduation. He also brings baggage with him which does his reputation no favors at all. There are rumors he was in sort sort of clinic last year but information about that is few and far between. Charlie eats alone at lunch, gets called a homosexual slur for his out of fashion trapper keeper, and the only person he identifies with is his English teacher, Mr. Anderson (Paul Rudd), who recognizes a possible writer in his troubled student.

In freshman wood shop, Charlie notices Patrick (Ezra Miller). Patrick is a senior and you can figure out his academic interests do not align with woodworking since he is in a class with a bunch of underclassmen. Charlie notices Patrick is different though. He seems . . . nice; a quality which is quite rare in cut throat high school. Patrick’s best friend and step-sister is Sam (Emma Watson). The duo discover Charlie may be a kindred spirit. He is able to talk deftly about a subject near and dear to every high schoolers heart: Music. Charlie answers correctly when saying his favorite band is The Smiths. The idea of a group of seniors willingly hanging out with a freshman who cannot drive and has no experience with drinking or the opposite sex is odd, but hey, if he is into the same music as you, it may be possible.

Guessing what year The Perks of Being a Wallflower is set in is tricky but it is definitely in the latter half of the ’80s. There are cassettes and the idea that the labored over mix tape can win the affection of a girl is noted. Other notable discussion topics include The Smiths, Dexy’s Midnight Runners, and David Bowie, but every now and then I would get confused because a more recent song would pop up and Charlie holds up a CD once which must have been quite cutting edge. With his new and noticeably more mature friends, Charlie is exposed to the sorts of activities usually denied to the typical freshman nobody. There is casual drug use, parties, and adventures, and just like any other high school film, each character has their specific issue which defines them and which they must confront or overcome by the end. 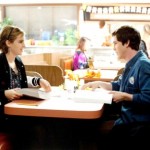 Patrick is gay and that was not something you wanted to be in a 1980s high school. Sam has been around the block, well, it sounds like she has been around the entire city and now she is dating a college guy who says profound sentences such as this gem, “I don’t write poetry, poetry writes me.” Charlie has emotional issues which appear to stem from a couple of deaths to people close to him. One of them was his Aunt Helen (Melanie Lynskey) who died on Charlie’s birthday, Christmas Eve. Dylan McDermott and Joan Cusack also pop up in very minor roles — I assume they enjoyed the novel from which the movie is adapted from.

Writer and director Stephen Chboskey wrote both the novel and the screenplay for this movie. The script has the feeling like it was adapted from a novel because of the narrative. There is Charlie’s voiceover to guide the audience through his thoughts and feelings about himself and his friends and those segments feel like they were lifted straight out of a book.

The Perks of Being a Wallflower is a cut above your average high school movie. It is more thought provoking and displays real emotion rather than stock reactions. Yes, each character has their personal defining issue, but when woven together, this is a group of kids you most likely would have wanted to be friends with during the dreaded high school years (unless, of course, you were a football player). 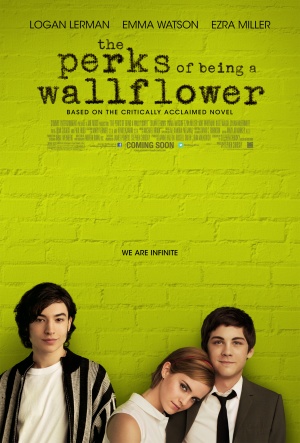