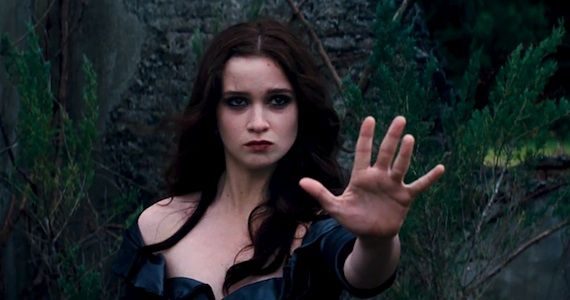 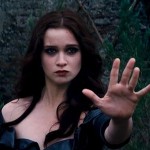 If the “Twilight” series had dialogue as witty and snappy as Beautiful Creatures, it would not be the target of so many jokes and eye rolls. Here we have another film with supernatural beings, but this time, we get witches and warlocks instead of vampires or zombies. There are teenagers involved; therefore, stay tuned for the Romeo and Juliet, “They’re in love yet can never be together” motif.

Nonetheless, the movie’s first half is quite intriguing before it degenerates into a spell-casting, plot hole nightmare. Ethan Wate (Alden Ehrenreich) introduces the audience to Gatlin, South Carolina through a biting narration. It is in the middle of nowhere, there are more banned books in town than actual books to check out at the library, the high school history teacher teaches The War of Northern Aggression, and there are more churches than any other buildings.

Ethan is immediately drawn to the new girl in school, Lena Duchannes (Alice Englert). Her reputation precedes her because she lives with her uncle, the town’s wealthy recluse, Macon Ravenwood (Jeremy Irons). The Ravenwoods and all of their kin are considered devil worshippers by the more spiritual townsfolk and Macon does himself no favors by living on an estate which resembles Miss Havisham’s crumbling mansion from “Great Expectations” on the outside.

Lena is a caster, a more pleasing name to her kind than witch. Inevitably, Ethan and Lena become boyfriend/girlfriend at the worst possible time: Lena is approaching her 16th birthday whereby she will either transform into a dark caster or a light caster. This process is all quite vague and the transformation, mythology, powers, and anything to do with how and why casters are what they are is not explained. To conclude the plot synopsis, Lena’s uncle wants her to join the light side and Lena’s mom (Emma Thompson), who is more of a body-snatching spirit, and Lena’s cousin, Ridley (Emmy Rossum), want Lena to join the dark side so they can start putting humans, whom they call mortals, in their place.

The casters are all supposedly immortal yet they can die and that is only one of a thousand plot holes in Beautiful Creatures. However, all is not lost here; there is true creativity buried in the muck. Ethan’s description of life in Gatlin is very amusing. He sets himself apart by establishing some hipster bona fides by name dropping Vonnegut, singing Dylan, and wearing hipster reading glasses (at least only while reading). Lena introduces Ethan to Bukowski yet she has not even heard of Vonnegut . . . very peculiar indeed. 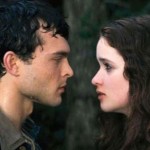 As Ethan, who is supposed to be 16, Ehrenreich’s omnipresent 5 o’clock shadow signifies he is way too old for this part but the kid can act making him the most effective of the cast. Englert looks more Lena’s age, 15, but falls in the Kristen Stewart plane of plainness. Jennifer Lawrence, on the other hand, would have been a much better choice here, but even she is already too old for the material. The attraction of an A-list supporting cast should raise some eyebrows. What are Jeremy Irons, Emma Thompson, and Viola Davis all doing in a young adult, witchy, supernatural flick? (Probably hoping some lightning from those “Harry Potter” or “Twilight” flicks strikes their way, I presume).

Writer/director Richard LaGravenese’s script is a decent adaptation of Kami Garcia and Margaret Stohl’s source material, but not all the way through. He wrote quality dialogue before in “The Ref,” but lately, he is known for wading in safer spheres with “Water for Elephants” and “P.S. I Love You.“ Beautiful Creatures would be much better without everything which makes it so attractive to the high school crowd, but me forever being the optimist, perhaps it will get the kids to pick up Bukowski to see what Ethan and Lena were going on about there. 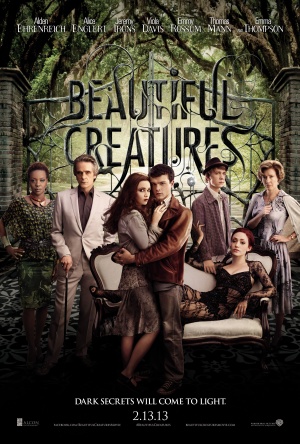