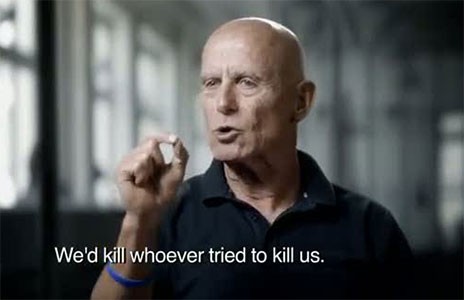 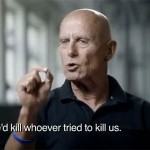 Intelligence professionals are understandably media shy. Israel’s Shin Bet stays out of the spotlight more than most. Other than the organization’s man in charge, all other senior leaders are unknown to the public. Furthermore, they do not give interviews. That was until filmmaker, Dror Moreh, pulled off a journalistic coup with The Gatekeepers, a documentary in which he interviews on camera the six surviving heads of the secretive security agency.

From the 1967 Six-Day war to today’s intractable dilemmas not only with the Palestinians, but also with right-wing extremist Israelis, the Shin Bet chiefs discuss in detail their most significant operations, both successes and failures. The oldest chief, Avraham Shalom, reveals he expected a separate Palestinian state in the West Bank and Gaza to form but that idea vanished when the bombings and hijackings began.

Shalom, expressing frustration with indecisive political leadership (a similar theme amongst most of the chiefs), had no roadmap to follow concerning counter-terrorism. There was no strategy in place to handle the new phenomenon and Shin Bet settled into a reactionary and piecemeal tactical response. A detailed focus on the hijacking of bus 300 explains Shalom’s downfall. Two of the four hijackers survived the ordeal only to be throttled near death in Army custody. Shalom ordered their execution when he guessed they would die anyway or be nursed back to health for a trial he did not want to occur. A subordinate finished the men off with a rock to the head.

The exploration of the Bus 300 aftermath is a showcase in spectacular visual effects. The camera lingers on a picture with the bus in the background and then computer-generated effects take the audience inside an all of a sudden three-dimensional picture. It maneuvers around frozen people, circles cars, and steps inside the bus to show a dead Palestinian slumped on top of the steering wheel behind a bullet-hole ridden windshield. These effects are so novel; The Gatekeepers would be a lock if there were a Best Documentary Visual Effects award.

Other examined significant events include the First and Second Intifadas, Yitzhak Rabin’s assassination, the evolution of targeted assassination of Hamas and Hezbollah’s leadership, and the Oslo Peace Accord process and disappointing downfall. A surprising conclusion for one chief (although it appears to be true of them all), is the shift towards the political left when he left office — peace talks, settlement dismantlement, and a two state solution are the new recommendation. 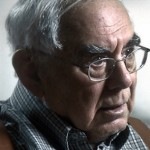 Regardless of the creative methods they use to assassinate terrorist leaders — and there are truly inventive ways — the agreed upon take away is attacks will occur despite which firebrand mouthpiece you kill. To get to that point, Dror Moreh most likely learned some lessons watching Errol Morris’s “The Fog of War” in which Robert McNamara, the former U.S. Secretary of Defense, delivers an apology for his Vietnam War mistakes.

The Gatekeepers, however, focuses solely on the Israeli perspective. By coincidence, a documentary from the Palestinian point of view, “5 Broken Cameras,” is also nominated for the Best Documentary Academy Award. It is guerrilla film-making at the extreme tactical level as opposed to The Gatekeepers, which approaches the issues from the pinnacle of power. Taken together, they provide fresh outlooks and waypoint signs on disputes that will not be ironed out any time in the near future. Both are strongly recommended. 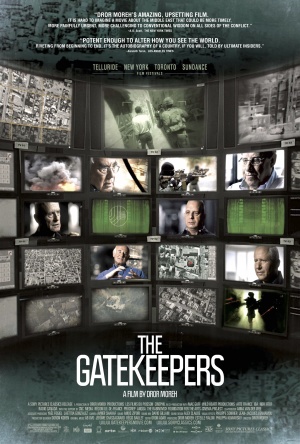