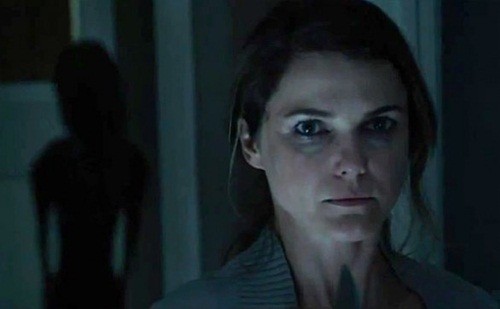 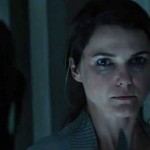 If sci-fi movies have taught us anything, it’s that aliens tend to paint their allegiances in black and white. There’s no middle ground between the amiable charm of “E.T. the Extra-Terrestrial” and the acid-spewing nastiness of the vicious xenomorphs that terrorize the humans in “Alien.” Occupying each end of the spectrum, aliens tend to be good or bad, a polarizing distinction that is once again embraced in Scott Stewart’s domestic horror flick about an average American family visited by spindly extra-terrestrials. It may take place in the suburbs, but with a genre like horror and a title like Dark Skies, it’s a safe bet that the aliens of Stewart’s movie aren’t exactly E.T.’s buddies. And boy are these bastards bad.

The evil alien concept isn’t anything new, but Stewart achieves a refreshing sensation with his otherworldly villains by crafting a genuinely terrifying picture. Scary aliens are far harder to come by than just bad ones and the tall, gangly humanoids that eventually make a few juicy appearances in Dark Skies are among the scariest the genre has seen in ages. They’re as creepy as their design is simple. That Stewart can achieve such deep, intense scares with such a familiar alien look is eerily impressive. Instead of falling prey to derivative laziness, the aliens benefit from their classic appearance, aided by tight camera work and some brazen sound design.

Stewart reveals his penchant for announcing each spine-tingling shock with a loud musical noise quite early on, but while this approach is often employed to prop up a weak scare with a lot of fanfare, Stewart builds enough suspense throughout that the crashes of noise on the soundtrack eventually feel like extensions of our own need for frightened exclamation. By the time we finally glimpse an alien in an otherwise innocuous domestic setting, the accompanying sound may as well have been my own yelp of fear.

And having apparently mastered the jump scare, Stewart goes for resonance with his cast. The immensely talented Keri Russell is fantastic as struggling real estate agent Lacy and Josh Hamilton is additionally solid as her husband Daniel, a currently unemployed architect whose frustration regarding the family’s financial woes is on the verge of boiling over. Despite this, the couple seems relatively happy and they make a nice suburban family with sons Jesse (Dakota Gody) and Sam (Kadan Rockett), but empty wallets and stalled careers are certainly taking their toll.

These financial worries clearly cover thematic space that is important to Stewart, who carefully develops the domestic conflict right from the beginning of Dark Skies, giving the family a head start on stress even before the aliens start messing with their daily (well, mostly nightly) lives. Lending the humans their own problems independent of the monsters is an oft-used practice of the horror genre and Stewart makes the most of the money problems by steering the conflict so that it dovetails into the eventual extra-terrestrial visiting. By the time the family’s conflict has a physical representation in the house, the humans are already in a fragile state.

Just as importantly, they’re also nicely developed — each character has a well-defined personality to call their own. Sam is certainly the kind of kid that would be at home with Haley Joel Osment’s creepy whispering boy in “The Sixth Sense.” One sees aliens and the other sees dead people, but they’re both kind of unnerving even without that tagged on. Sam’s sad, quivering voice is easily enough to tell us something weird is going on, but Rockett settles into the role quite comfortably and actually manages to be quite convincing as a kid who desperately needs a new set of friends. As for Jesse, the script allows him to roam relatively free as a typical teenage boy who begins to experience the joys of adolescent romance with a pretty neighbor when he’s not hanging out with a buddy who may or may not be a bad influence. When combined with the various neighbors and friends of Lacy and Daniel, this all adds up to a cozy portrait of warmly welcoming suburbia. 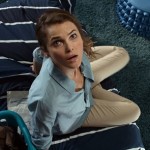 It’s all a little too welcoming, I guess, since the asshole aliens don’t wait for an invite before they drop by the Barrett family home and start ruining everyone’s lives. Their effect on the family members only intensifies as strange phenomena builds up. While an informative cameo by J.K. Simmons helps clear up some confusion for us humans, the situation ultimately turns even more frightening and dire following his expert’s explanation.

And even though Dark Skies suffers from its characters turning a bit dumb in the big finale (and often refusing to turn on the lights at night for no better reason than to allow for more creepy shadows and dark spaces where lurking activities can occur), it stays true to its concept and its scares until the very end, never betraying the seeming simplicity of its domestic roots. Stewart ensures that the frights invade our minds on a relatable level by placing them all within the supposed safety of a family home. He’s even so bold to shroud the aliens’ intentions in ambiguity, adding additional layers of mystery to the inescapably devastating onscreen nightmare.

The result is easily the creepiest big screen experience I’ve had in quite a while. Stewart’s little movie succeeds so compellingly because it sticks to its path and continues to grow the conflict without expanding the setting. The fear builds within the Barrett house and eventually it’s rattling around in there so tightly that there’s barely room to breathe. The thrill of the fright is palpable when in the presence of these very bad aliens, and after surviving Stewart’s scares, I can’t help but hope that my next cinematic close encounter is a friendly one. In other words, I could use a hug, E.T. 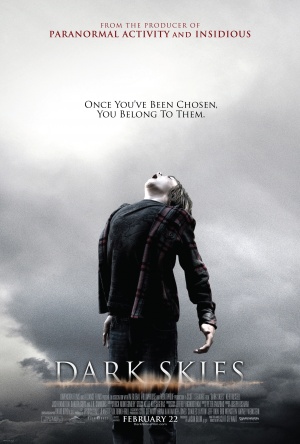