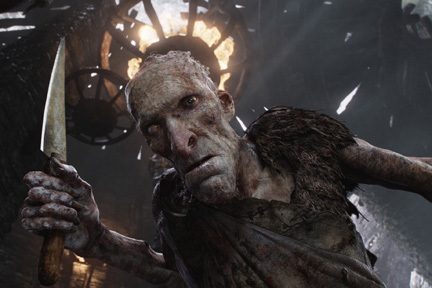 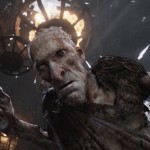 The newest “fairy tale epic” production, Jack the Giant Slayer, when compared to others of its genre, fits neatly beneath “The Brothers Grimm,” above “Snow White and the Huntsman (thanks to the presence of British actors and the absence of Kristin Stewart) and FAR above last month’s travesty, “Hansel & Gretel: Witch Hunters.”

It is a wonderfully good-looking film with appropriately terrifying creatures, seamless CGI effects, and first-rate set and costume design, that somehow fails to tell a compelling enough tale to keep one interested during its entire 114-minute running time (which seems so much longer that 30 minutes could have easily been shorn with little or no loss in the entertainment department).

Then again, director Bryan Singer (“Valkyrie”) has never believed in the brevity of wit — or anything else, for that matter. Still, the translating of another beloved children’s tale, which contained enough covert terror to keep us looking under our beds or watching the closets as tots, has now been replaced by the very real specter of evil, vile, otherworldly monstrosities who can “smell the blood of an Englishman” and are bent on “grinding men’s bones to make their bread” (or, in this case, pigs in a blanket).

With many things going for it, though, the need for Singer and screenwriters Darren Lemke (“Shrek Forever After“) and Christopher McQuarrie (“Jack Reacher“), among several others, to tell a straightforward story seems — in retrospect — a mistake of gigantic proportions. Jack, as played as earnestly as possible by Nicholas Hoult (with his “Warm Bodies” still in theaters), has very little room for fun, as well as any real chemistry with his distressed damsel, Princess Isabelle (Eleanor Tomlinson, “Alice In Wonderland“).

What little levity there is here is provided by royal guardian Elmont (Ewan McGregor, “Salmon Fishing in the Yemen,” who seems like the only one really enjoying this experience) and by the sinister nogoodnik Prince Roderick (Stanley Tucci, “The Hunger Games“). It all fades quickly, however, into deadly serious sequences of people being devoured, crushed, baked, tossed about, stabbed, killed by bees, falling to their deaths, torn asunder and castles and cities being sieged, uprooted and demolished. It’s a lot to take in without a chance to catch one’s breath.

In a preamble, we’re told (by the clever use of parents reading their children the story) that once upon a time, in the Kingdom of Cloister, magic beans planted by overzealous monks (are there any other kind?) grew into a beanstalk which bridges Earth to a middle kingdom of giants. With names like “Fee,” “Fi,” “Fo” and “General Fallon’s Small Head” (yes, I kid you not), these fearsome behemoths then tried to take over the realm from which the stalk emanated, only to be foiled by King Eric and his magic crown. The overgrown sots were then banished back to the clouds, but vowed one day to have their revenge.

Flash forward to many years later when a sincere, yet addle-brained Jack decides to sell his uncle’s horse for a handful of magic beans (yep, we’ve heard it all before, even the “Gremlins“-like warning of not getting them wet). Before that, though, he defends a slumming Princess, who somehow ends up on his doorstep on a dark and rainy evening.

Then that one solitary seed finds its way to water and all hell breaks loose.

The scene of the wickedly growing stalk is easily the best effect of Jack the Giant Slayer, thanks to Nick Bonathan (“The Dark Knight“) and Matthew Adams (“Transformers: Dark of the Moon“), as it wraps, winds and engulfs almost everything in sight and carries Isabelle and Jack’s house into the gloomy night after Jack (who, ironically, is afraid of heights) falls from one of its branches. 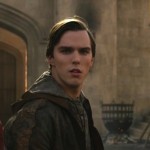 A captive princess is no good, so the next day, Jack, Elmont, Roderick and other soldiers are commanded by King Brahmwell (Ian McShane “Hot Rod“) to climb the massive plant and rescue her. Secreting the magic crown of Eric, however, Roderick has other ideas, including possible world domination. Thus begins the long (and I do mean LONG) sequence of climbing the plant to do battle to get Isabelle home.

At least here, finally, the giants are introduced and, for the most part, they are quite frightening (or at least would seem to be for the target audience and the younger set). Great pains were no doubt exerted to make these entities as grotesque and nightmare-inducing as possible, yet, there is still some humor in their interaction with humans as well as their own foibles and relationships with each other.

But when one of the creatures falls to Earth and lands on a group of praying monks (Singer must have issues with the Catholic Church), all humor is discarded and the frightened sovereign declares — with or without his daughter — that the creeping vines must be severed to save the kingdom. These scenes are also impressive and Singer should have concluded Jack the Giant Slayer somewhere around here, paving the way for an eventual sequel. Instead he pads the production out another 30 minutes or so while the monsters land on earth and declare war on anything smaller than them (which, of course, is everything).

At almost $200 million, Jack the Giant Slayer has a lot going for it and will surely end up topping the box office surveys, but what it really could use — other than the aforementioned more laughs — is a heart. We all know the story, and so does Singer, it’s just a shame we couldn’t be just a bit more invested or even involved in it. 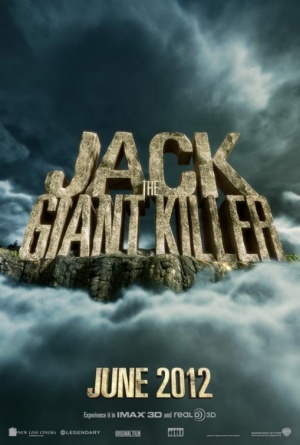