Before I begin this review for Transformers: The Last Knight, let me thank director Michael Bay for doing something no one has ever done for me: Going through so much time and expense to bore the living heck out of me. For that I am eternally grateful.

Now blatantly obvious, this series — like many other long running film franchises (e.g., “Die Hard,” “Pirates of the Caribbean”) — is distinctly in a class unto itself; a class where the inaugural movie works while the succeeding sequels flounder in an ever deepening sea of mediocrity.

The biggest surprise I received upon viewing the 2007 DreamWorks Pictures release, “Transformers,” was how mature the script was (despite it starring Shia LaBeouf and Megan Fox) especially coming from a concept deeply rooted in Saturday morning cartoon origins. Running from 1984-87, the animated TV series competed with the likes of “He-Man and the Masters of the Universe” and “ThunderCats” for the macho affections of young boys growing up in that decade.

A little known fact among those not as familiar with the cartoon or comic book is that this live-action version was not the first feature film. In 1986, the animated “The Transformers: The Movie” appeared. It jumped the action forward in time 20 years to the then-future of 2005 and pitted both the Autobots and Decepticons against the menace of the giant planet-eating robot, Unicron. And as dumb as that full-length cartoon was, it no doubt will have viewers of this latest mishmash actually pining away for the mid-1980s again.

In Transformers: The Last Knight, the Transformers are enemies of the state again as are those who harbor them. This, of course, includes the inventor and over-protective father, Cade Yeager (Mark Wahlberg, “Patriots Day”), who replaced LaBeouf (who is currently engaged in some kind of flag war with Donald Trump or something like that) in the equally bad, previous movie, “Transformers: Age of Extinction.”

Now the ludicrous tale — which meanders from Earth to outer space from medieval times to the future and is as absurd as Justin Bieber covering a Beatles tune or “Inside Edition” NOT covering the Jennifer Lopez/A-Rod thing — continues through an incredible plot contrivance in which the “good” Autobot Optimus Prime (voice of Peter Cullen, a veteran of the franchise) becomes a “bad” robot once he is spellbound by Quintessa and convinced Cybertron can be rebuilt from the ashes of Earth with the use of Merlin’s (yes, the Merlin from Arthurian legend) magical staff.

Yeager, though, sees a spark of good in Optimus and decides he — or it, rather — is worth saving.

Talking him into this is precocious preteen Izabella (Isabela Moner, “Middle School: The Worst Years of My Life”). Oh, the Academy Award nominee then teams up with actual Oscar winner Anthony Hopkins (“Noah”), a crusty old British lord, and a comely professor of English Literature (Laura Haddock, “The Inbetweeners Movie”) to search for and retrieve the missing artifact before Optimus and Megatron and whomever else get to it. Hitler, Einstein, Frederick Douglas and even Stephen Hawking are also somehow involved.

Okay, any further explanation of the plot would be completely pointless because there just isn’t anything sensible to be offered, as it is nothing more than a series of misshapen and malformed story sections chopped, sliced and pureed down to its most basic and primal ingredients.

And while all of us had high hopes for Bay after his turn to (sort of) serious filmmaking with “13 Hours: The Secret Soldiers of Benghazi,” we can now just realize that was a passing fancy. Worse, with Transformers: The Last Knight, he seems to have completely forgotten the editing process as this sideshow attraction runs more than 150 minutes (that’s 2 hours and 30 minutes to us laymen out there), and for what? To try and follow an incomprehensible plot? To be totally overwhelmed by flashy, but ultimately pointless and mind-numbing explosions, robotic fights and a serious epidemic of a CGI overdose that lapses the audience into a deep stupor (or even worse, seizures)?

I don’t know the answers to any of these questions and really don’t care to figure them out. And I doubt any of our readers will, either, but insomniacs are sure to be quite thankful . . . 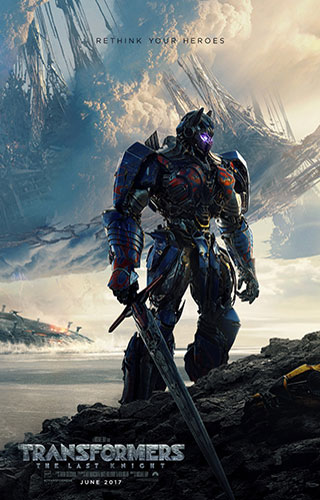