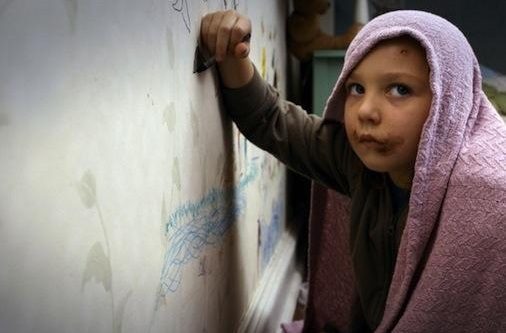 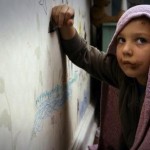 If a horror film’s story is strong enough, then there is no need for it to resort to “cheap scream” techniques to manipulate the audience. A loud, closing door during a quiet period will elicit the same scream as will a figure walking by a window with a sudden, shrieking violin. There is no earthly reason for a piercing violin to sound in the real world, however; the director employs this trick to make the audience jump when his story is not quite up to scratch. Remember two great horror films, “Jaws” and “Pan’s Labyrinth.” Steven Spielberg and Guillermo del Toro respectively used zero gimmicks because these two stories shocked their audiences by themselves without having to rely on shady editing techniques.

Mama, on the other hand, has the shell of a strong story but is severely underwritten. Therefore, director Andrés Muschietti uses most of the tricks in the book to over-compensate. Doors slam unnecessarily, lights decide on their own to flicker and blink revealing a hint of a supernatural presence with the requisite violin shriek, and screams accompany people waking up from dream sequences even though nobody actually screams. Mama, if you haven’t clued in, makes liberal use of those aforementioned “cheap screams” instead of story to illicit its frights.

As for the story, the recent recession causes a man to kill some co-workers and his wife. Escaping town with his two daughters, Victoria and Lily, he stumbles upon a forgotten log cabin deep in the woods where he attempts to kill the girls. An otherworldly thing (soon to be known as “Mama”) is having none of that and takes out the would be killer before he can finish his bloody spree. Who/what is “Mama?” She/it floats, contorts her joints, and makes guttural clicking noises while keeping the girls alive for the next five years until they are found living like feral cats and taken away to go live with their Uncle Lucas (Nikolaj Coster-Waldau) and his girlfriend Annabel (Jessica Chastain).

Annabel makes it frequently clear she “did not sign up for this.” She plays bass in a rock band, wears way too much eyeliner, and has too many deliberately-placed tears in her tight jeans. She is saddled with taking care of the wild girls by herself quite soon after they move in because Lucas has an unfortunate run-in with the girls’ unsightly “friend” and spends a good chunk of the film in a coma. The girls, eight-year old Victoria (Megan Charpentier) and six-year old Lily (Isabelle Nelisse) occupy different parts of the wild animal spectrum. Victoria remembers how to speak a little bit and interact with other humans at a basic level, but Lily was a one-year old when she was taken to the cabin. She does not speak, sleeps on the floor under the bed, and prefers to walk on all fours like a dog. 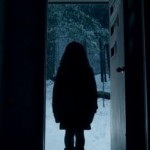 In their new home, “Mama” gets jealous. In between scenes where Annabel hears strange sounds and suspicious thuds, the reasons become clear as more and more of “Mama’s” backstory is revealed. This should be the film’s meat and potatoes and what could have made Mama an almost good movie. If Andrés and his co-writers, Neil Cross and Barbara Muschietti, wrote a scene or two more and strengthened this part of the plot, Mama would have been a so much stronger horror film. As it is, he falls back on spooky sounds, dark lighting, and the occasional maiming/death when someone ventures too close to discovering “Mama’s” secret. 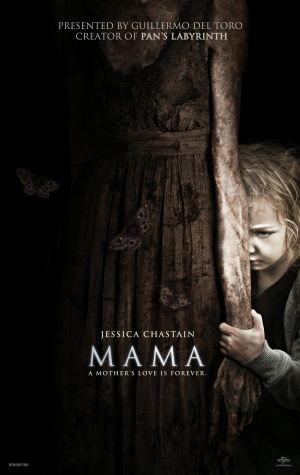