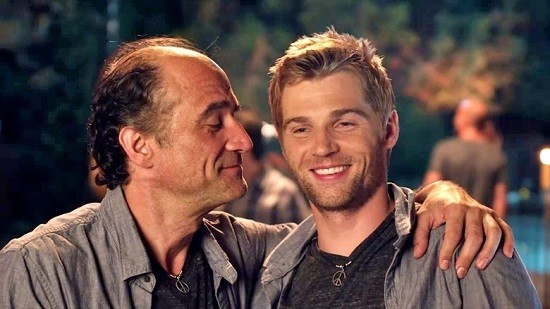 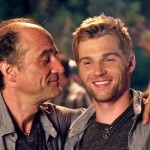 The opening sequence of Howard Goldberg’s Jake Squared bears a striking resemblance to Paolo Sorrentino’s modern Italian classic, “The Great Beauty,” however the two films are worlds apart in style and cohesiveness.

Director Jake Klein has everything a man could want. He lives in a beautiful Los Angeles home and decides to let the cameras roll as houseguests fill his property for a party he’s throwing. However, rather than serving as his own star, he casts an actor to play a young version of himself, which opens the doors for cheap tricks, profound quotes and a cluster of nonsensical characters figuratively dressed for a Fellini-esque party from hell.

In “The Great Beauty,” Toni Servillo stars as the aging journalist Jep Gambardella, who sports a slick-back hairdo that would freak out Pat Riley. He charms every woman in sight and engages in thoughtful discussion with a bourgeoisie crowd. The star of Jake Squared, Elias Koteas (“Devil’s Knot”), not only looks exactly like the Italian Servillo, but plays an aging movie director who also discusses the profound, albeit with a slightly different crowd. Both films begin with the star dancing and grinning amongst individuals half their age.

Rather than utilizing smart dialogue to explore the psyche of Jake, director Goldberg wipes numerous philosophical quotes across the screen, the first coming from the great Federico Fellini himself. It’s a shortcut to the profound, a way for the buff Jake to engage with former versions of himself: 17-year-old sensitive Jake, 30-year-old “playboy” Jake (wearing the obligatory Fedora) and 40-year-old gruff Jake (wearing the obligatory bandana). That’s right, just as Marcello Mastroianni’s Guido Anselmi (also a director) confronted the characters of his past in Federico Fellini’s “8½” (an inspiration for “The Great Beauty”), Jake Klein also discovers that his latest project is not what it seems. 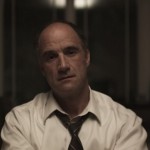 The premise of Jake Squared works early on, but quickly becomes a complete mess. Despite the long running time of 100 minutes, Goldberg excruciatingly adheres to setting up Hollywood clichés more than connecting the dots of his inescapable maze. The pool contains bikini-clad babes who laugh rather than speak, and what would a Hollywood party be without someone playing the bongos? Jake somehow manages to push along his “production” with an iPhone app, of course, while sounds of nature play over the quotes he guides across the screen.

Virginia Madsen, an Academy Award-nominated actress, makes an appearance as one of Jake’s potential flames, and is afforded the line, “Let’s make out.” Meanwhile, the Jakes spouts dialogue such as, “Very cool, very cool,” as the “cool” 40-year-old incarnation of himself poses like someone is supposed to pose with a Fedora plopped on their head. There is nothing “cool” about Jake Squared, although the director certainly attempts to connect with outdated clichés and trendy (but horrible) dialogue. Jake Squared reaches a low point when Koteas quivers his lips and stutters like a young James Dean mimicking Marlon Brando.

In a film that will challenge the patience of most viewers, the talented Liana Liberato and Gia Mantegna briefly ease the pain after Bikini Girl 1 references Homer. However, one should reference the stop button well before their entrance or the appearance of both Jake’s deceased father and grandfather atop Runyon Canyon. 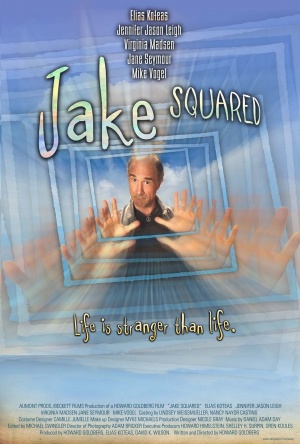