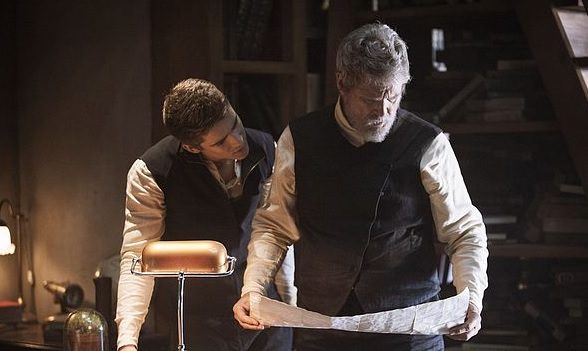 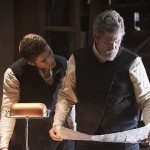 Suppose the ultimate version of Nostradamus was thrown onto the silver screen. Now suppose that his specialty was not simply predicting the future, but also holding and carrying the knowledge of all mankind. This is the basic premise to Phillip Noyce’s film, The Giver and Jeff Bridges (“True Grit”) plays this mix of political adviser, medicine man and tarot card reader with grace and authority.

Alongside Bridges, there is another unexpected Oscar winner in the mix — Meryl Streep (most recent win: “The Iron Lady”) — who lays down the law as Chief Elder. Her eerie bangs and drab look fervidly command the screen, especially as she’s seen in hologram, appearing in people’s homes without warning and full of apologies (her many unsympathetic “sorry’s” eventually irritate). With exemplary performances from the A-listers in hand and the conceptual wherewithal of the project, The Giver becomes a watchable film with a fair amount of staying power although Noyce’s product is not so much commendable for the way it unfolds the narrative, but for the visual efficacy and ambitiousness of concept.

The Giver, based off of the Lois Lowry Newbery Medal-winning, young adult novel of the same name, follows Jonas (Brenton Thwaites, “Maleficent”), a boy of 18 (12 in the book) who is graduating from a program in a creepy commune-like land and is ready to earn a role with the adults. While his friends Asher (Cameron Monaghan, “Vampire Academy”) and Fiona (Odeya Rush, “The Odd Life of Timothy Green”) get chosen for jobs, Jonas is passed up. He is informed by the Chief Elder that he will soon be the Receiver of Memory, a position currently held by The Giver (Bridges). Both men have distinct markings on their arms, so when they touch, The Giver is able to transfer an assortment of human memories to the young man who does not yet know feeling or emotion. He, along with all the others, cannot even see color. Day by day, The Giver, who does see the spectrum, play music and has the capacity to love, transfers the primal, human memories to Jonas, who soon realizes the society in which he lives may not be so Utopian after all. 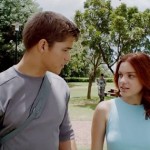 Clocking in at a relatively short 94 minutes, a good portion of the film is in black in white which could easily throw off unsuspecting viewers. Wisely, however, as the discovery of what it is to be alive and the history of the world begin to slowly unfold, cinematographer, Ross Emery, introduces more and more color to what can be best described as a sterile existence. And as this occurs, the music from Marco Beltrami’s score enhances the emotion attached to the unearthing in a genuine way.

This focus helps to see past the very average performances from Thwaites, Rush and Monaghan. They’re not so bad that it’s a distraction but when the likes of Katie Holmes (“The Son of No One”) and Alexander Skarsgård (“Battleship”) as Jonas’ mother and father, and Taylor Swift (“The Lorax”) as the preceding Receiver of Memory can upstage with limited ability in smaller roles it’s noticeable.

There’s also plot holes a plenty and unanswered questions (which may find answers if further books in the series are adapted) that keep The Giver from ascending as high as it could have. Nonetheless, it is an admirable undertaking, especially when one considers the abundance of similar dystopian themed YA titles in and out of the hopper. It is not always best, as the film preaches and practices, to conform. 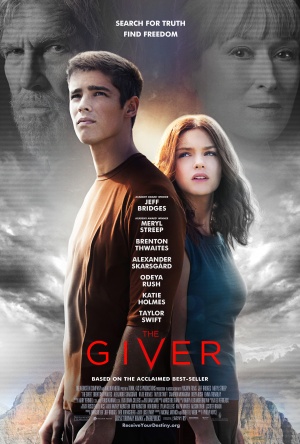