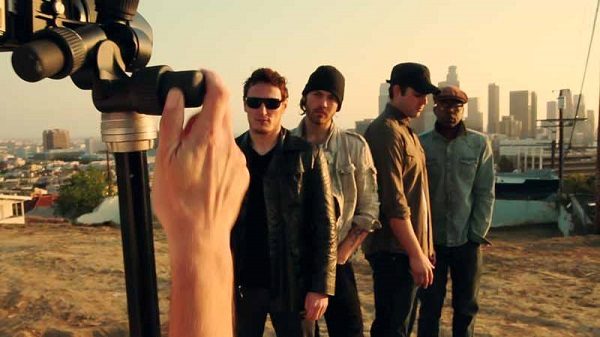 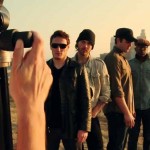 The Paddy Lincoln Gang are a rock band who describe themselves as blood brothers, such is their loyalty to one another. Led by charming Irishman Rob McAlister, and consisting of three other members — Rick, Ed and Tom — the L.A. band are seemingly going from strength to strength, beginning to truly make their mark in the musical world. The film centers around Rob, whose life before L.A. is kept as much a mystery from his friends and girlfriend as it is from us. What is it that lurks in Rob’s past that needs to be so well hidden?

Unfortunately, we never really find out. The majority of The Paddy Lincoln Gang is spent documenting the progress and troubles of the band, and aside from Rob’s occasional hallucinations, there’s little to suggest that his past is of any importance to the band’s current lifestyle. The first 70 minutes of the film focus strongly on the band’s possibility of signing with a record label, and how this possibility is threatened when the two rowdy members, Rick (Richard Wagner) and Ed (Joseph DiMasso), embarrass the band at an important party. Naturally, Rob (Dean S. Jagger) and Tom (Demetri Watkins) are soon asked to leave the other two behind in order to further their own careers. At this point the film steps into labored territory, with the apparent dilemma of whether the band will split or stay together feeling incredibly trite, taking attention and, subsequently, interest away from the more original plot point — Rob’s hidden past.

It is therefore not hard to believe that the film was originally conceived and created as a short, much of which is incorporated into the final act, given that many of the most interesting parts are confined to those final 20 minutes. The plot of “A Night at Robert McAlister’s” (the original short film) is gritty, fast paced and intriguing, but attempting to stretch that intrigue to fill a feature length production is a difficult task, particularly whilst trying to maintain an element of mystery around Rob’s past. Ultimately, the audience is left wondering why so much screen time was spent on comparatively meaningless discord and so little on the realization and development of not only Rob’s character, but indeed those of the other band members. 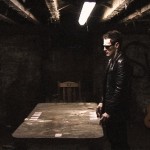 Alone in the basement.

This isn’t to say that the characters are two dimensional, however, and the script along with the talented cast help to ensure their complexity and realism. Despite being placed in a stereotypical situation involving the band’s future, the characters continue to be genuine people, and never function simply as a means to drive the plot. Rather, their diverse lifestyles and opinions are key to successfully portraying the multifaceted nature of a rock-n-roll career, and its ever changing place in today’s world. In this way, it looks past the face of the industry and explores the inner functioning of a band reaching a tough time in their progression. Director Ben Jagger’s debut feature pairs its authenticity with a distinguishing visual style, meaning the majority of The Paddy Lincoln Gang comes across as an edgy documentary into this very lifestyle, and steers clear of romanticizing it.

As a film about rock music, it has an excellent soundtrack, and it certainly deserves points for cinematography. Nevertheless, though it has an interesting premise, The Paddy Lincoln Gang isn’t given enough substance to tell a story of much significance. By isolating Rob through his hallucinations and his behavior later on, the film removes our ability to empathize with him. What starts as a wonderfully subtle statement on loyalty becomes overt and affected, meaning the film loses its footing as an organic, grounded piece, and yet unable to remain suspenseful enough to completely become the thriller it is in its final act.

'Movie Review: The Paddy Lincoln Gang (2012)' has no comments 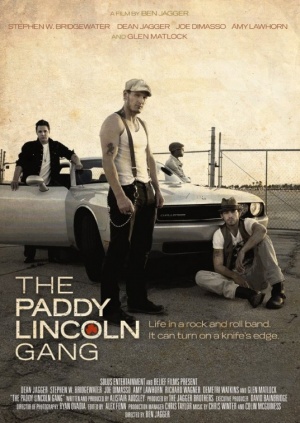