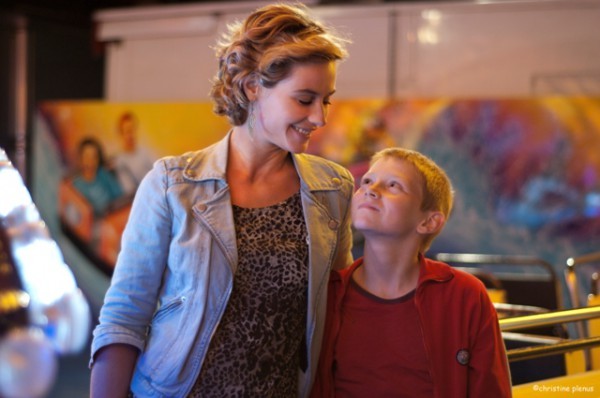 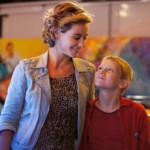 Reaching out to someone with unconditional love is a rare quality, but it is one that makes an enormous difference in that person’s life. Educator Leo Buscaglia has said, “Too often we underestimate the power of a touch, a smile, a kind word, a listening ear, an honest compliment, or the smallest act of caring, all of which have the potential to turn a life around.” The empathy in this case is that of Samantha (Cécile De France), a hairdresser in Jean and Luc Dardenne’s The Kid with a Bike who connects with young Cyril (Thomas Doret), an angry 11-year-old who has been abandoned by his deadbeat father (Jérémie Renier) and placed in an orphanage.

Winner of the Grand Jury Prize at the 2011 Cannes Film Festival and set in Seraing, Belgium, on the surface The Kid with a Bike is a simple story, yet, underneath, it is a complex portrayal of real people struggling to find their place in the world. Known for their gritty films of social realism that demand much of the viewer (“The Child,” “The Son”) the Dardenne brothers’ latest film is just as tough-minded as the others but it also has humanity and warmth, and its use of music (the adagio from Beethoven’s Emperor Concerto), unusual for the Dardennes, makes it a fuller and richer experience.

Cyril lives in an orphanage after being deserted by his father, but refuses to believe that his father will not come for him. In single-minded pursuit of his dad’s whereabouts and also trying to recover his lost bike, the boy visits his dad’s apartment but finds that he has moved and has sold his bike. Unwilling to believe his dad would do this, Cyril uses his kinetic energy to find the father he hopes will return as he promised. After trying to escape from the boy’s home, he runs into a medical clinic in his former apartment building and clings to a local hairdresser, Samantha for protection, as counselors from the orphanage try to pry him loose. “You can hold on to me,” she says, “but not so tight.” 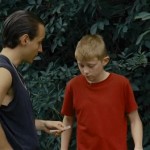 We learn nothing of her background or the circumstances that have led her to this moment, but it hardly matters when she shows up at the home telling Cyril that she has bought back his bike and asks him to stay with her on weekends. They form a bond as Samantha locates Cyril’s father working in the back of a restaurant preparing food, but the meeting only intensifies the boy’s pain. Becoming more and more alienated despite Samantha’s kindness, Wes (Egon Di Mateo), a sleazy drug dealer recruits Cyril to do a “job” for him after affectionately calling him “pitbull” and inviting him to his home to play video games. Unfortunately, the job leads to unanticipated repercussions.

Marked by a stunningly natural performance from first-time actor Thomas Doret who convincingly conveys Cyril’s innocence as well as his pain, the Dardenne brothers’ refusal to give in to manipulation or sentimentality makes The Kid with a Bike an intense and emotionally gripping experience. Though the film appears to be grounded in the mundane, its unfettered grace raises it to a level far surpassing the limitations of the genre. 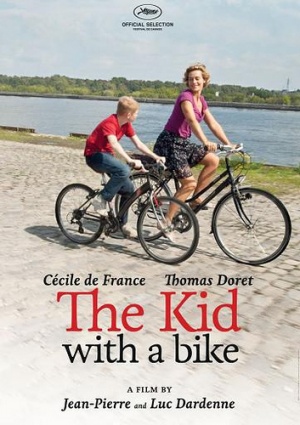