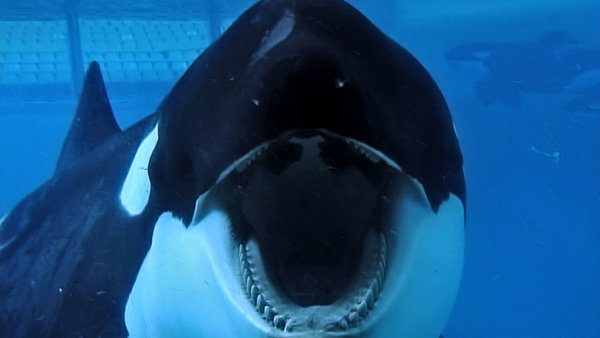 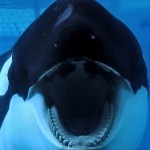 A cry for help?

When my children were young, we went to the killer whale (orca) shows at the Vancouver Aquarium. It was fun to see the 8,000+ pound whales doing tricks for the trainer while the audience was being splashed. We gave little thought, however, to how the whales felt about it. Today, millions who attend SeaWorld shows watching the killer whales perform in San Diego, Orlando, and San Antonio also pay little heed to either the danger to the trainers or the frustration of the animals that have been confined to an area the size of a swimming pool for up to twenty or thirty years. These conditions are depicted in Gabriela Cowperthwaite’s hard-hitting and disturbing documentary Blackfish, the name given to orcas by the First Nations.

While the film provides no new information, putting it all together makes a powerful case against the whales’ confinement. Interviewed are former Sea World trainers who do not hesitate to talk about the misinformation they were told to tell audiences about orcas’ lifespan and fins (which routinely collapse in captivity) and the great benefit whales experience at SeaWorld. According to the former trainers, the killer whales are social creatures that live with their families all of their life. When they are forced to separate in order to “introduce new breeding options to other SeaWorld parks and by fulfilling entertainment and other husbandry needs,” their heartbreaking cry simulated in the film will stay with you.

Trainers and whale experts talk about the intelligence and beauty of these animals and how they can live many years longer in the wild. According to Biologist Debbie Giles, in the wild, their estimated maximum life span is 60-70 years for males and 80-90 years for females. In captivity, most orcas die in their teens and 20s and only a handful have made it past 35. The former SeaWorld trainers also talk about the whales’ aggressive behavior directed against each other when they are subjected to overcrowding. The film centers on a particular whale, the 12,000 pound Tilikum, who has been involved with the deaths of three SeaWorld trainers since 1991, events captured on amateur home video.

Beginning in 1983 as a two-year-old, Tilikum performed at the Sealand of the Pacific Park in Victoria, B.C., where he was jammed into a holding area along with two other female whales each night when the park closed. This abuse continued until the inevitable occurred when a trainer was killed in 1991 with Tilikum’s participation, though he did not instigate the attack. After the incident, the owner mercifully closed the park and Tilikum was shipped to SeaWorld in Orlando, Florida. Although SeaWorld said that the whale would only be used for breeding purposes, he continued to be part of the show and continues to this day. 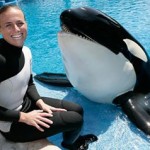 This in spite of the fact that another death occurred in 1999 when a man evaded security to enter the park at night, and in 2010 when a highly-skilled senior trainer, Dawn Brancheau, was mauled to death by a whale she had a long-term relationship with, an incident SeaWorld attributed to “trainer error.” In discussing these attacks, the film asserts that no attacks against humans have been documented when the orcas are in their natural habitat, swimming hundreds of miles each day in the open seas (though some sources claim there have been two). In 2006, however, ABC reported that there had been nearly two dozen attacks in captivity worldwide. Recently a judge, recognizing the potential danger to trainers, ordered SeaWorld to place a barrier between the trainers and the whales. SeaWorld is appealing.

Though Blackfish is one-sided and aggressive in its advocacy, SeaWorld was given an opportunity to present its case but declined, calling Blackfish “inaccurate and misleading.” Cowperthwaite said that she approached her documentary as a journalist with an open mind and that her point in making the film was not to shut down SeaWorld but to provide the context for humane treatment for the whales and to prevent additional deaths at marine theme parks. “The film is a truthful document,” she says, and SeaWorld is, “an industry based on fairy tales.” Since the documentary’s release, entertainer Willie Nelson, and rock groups Heart and Barenaked Ladies have cancelled shows at SeaWorld in protest. 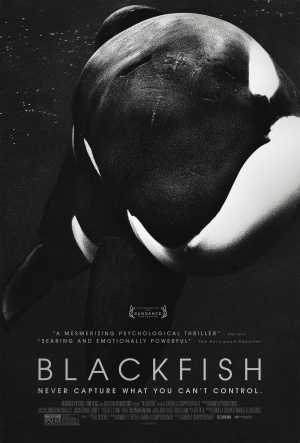