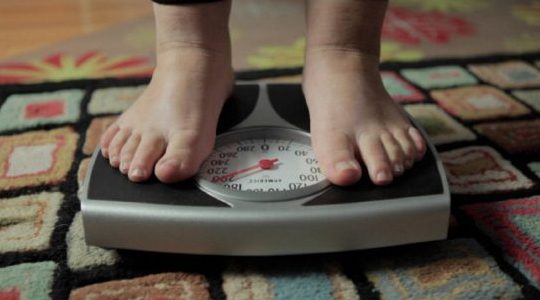 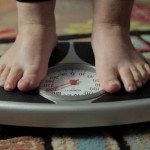 If you pay attention to nutrition labels on the food products you buy, you may notice that next to the number of grams of sugar, there is no percentage shown. The sugar industry made sure of that. What they don’t want consumers to know is that the sugar content of many of their products is 100% or more of the average daily requirement. Stephanie Soechtig excoriates the sugar industry for valuing profits over health in her hard-hitting documentary Fed Up. Produced by Katie Couric, who is also the narrator and Laurie David, producer of the climate-change documentary “An Inconvenient Truth,” the film compares awareness of the true causes of obesity to the decade’s long campaign informing the public about the danger of smoking cigarettes.

Though individual choice does play a part, Fed Up says that the main problem is not the lack of will power of the individual but the fact that people have become addicted to sugar. According to Soechtig, collusion between the food industry, Congress and the U.S. Department of Agriculture has led to fierce opposition to regulation, government subsidies to farmers for their corn (which has been turned into high fructose corn syrup), unhealthy school lunch programs (80% have contracts with Coke or Pepsi), and relentless advertising campaigns directed towards children.

Bolstered by interviews with former President Bill Clinton, author Michael Pollan, and Senator Tom Harkin together with a bevy of medical researchers, the film cites statistics showing that 80% of the approximately 600,000 products sold in the supermarkets and convenience stores have added sugar and that, since the late 1970s, Americans have doubled their daily consumption of sugar so that now, one in every five people face obesity. It is estimated by the Environmental Working Group (EWG) that in one year, kids eat more than 10 pounds of sugar by weight from breakfast cereal.

Using charts and graphs, Soechtig also shows that the amount of sugar the industry has added to food to compensate for the unappealing taste of low-fat products has contributed to the increase in Type II diabetes such that by the year 2050, it is predicted that one out of three Americans will be diabetic. The film makes the problem even more real by focusing on several teenagers who have struggled with their weight for many years, emphatically pointing out the error of the conventional wisdom which says that eating less and exercising more (striking a balance between calories in and calories out), is the best solution.

Sparing no one including Michelle Obama, the film notes that her “Let’s Move” campaign has been co-opted by the food industry and the responsibility for obesity placed on the individual. While Fed Up is definitely an advocacy documentary and is typically one-sided (representatives of the food industry refused to be interviewed), it is an important film that doesn’t try to “sugarcoat” the problem but asks us to become involved by seeking an alternative to sugar-laden products, putting pressure on government and industry representatives, and demanding that the food industry begin caring about the health of our children. Now wouldn’t that be sweet? 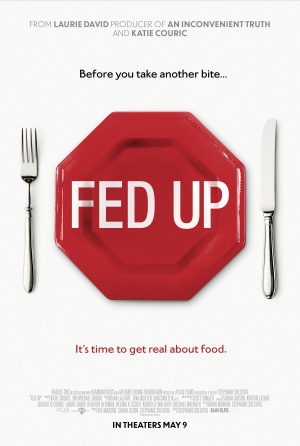