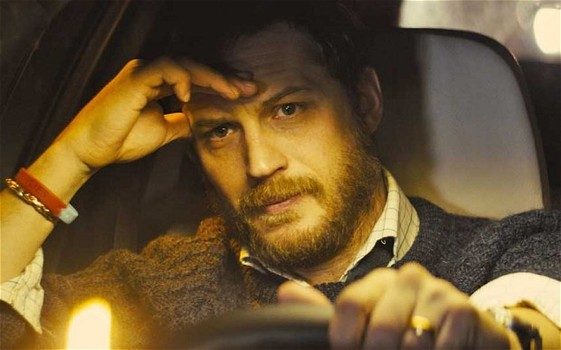 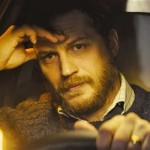 People make mistakes, especially when they are young; however, it takes a big person to acknowledge them and do what it is necessary to set things right. While “doing the right thing” can indeed go a long way towards regaining self-respect, it always has to be balanced with how it will affect others. Just ask Ivan Locke (Tom Hardy) in Steven Knight’s riveting film simply called Locke. Ivan is a foreman for a construction company for ten years whose Chicago-based company is getting ready for the concrete pouring of one of the biggest building projects in their history.

His boss Gareth (Ben Daniels), his assistant Donal (Andrew Scott), and others in his crew expect him to be there the next morning to oversee the project — to verify that the right concrete is being used, arrange for all the roadblocks, and to take care of any emergencies that may come up. “You can’t rely on God when it comes to concrete,” he tells Donal. Ivan, however, is not coming home and he cannot rely on God to clean up the mess he is in the process of making. His decision is to be with 42-year old Bethan (Olivia Coleman), a woman he knew for only one night but who is now in the hospital about to give birth to his child.

Knowing from experience with his deceased dad (who he talks to during the drive) what it feels like to be abandoned by someone, he has made his decision and, though others have trouble dealing with it, he is committed to the choice he has made regardless of the consequences. On paper, Steven Knight’s Locke does not seem designed to hold the viewer’s interest. There is only one man on camera throughout the entire film. It all takes place on a rainy night inside of a car, and the only dialogue consists of telephone conversations during the trip. What looks one way on paper, however, on the screen turns out to be a totally different experience.

In Locke, Knight, who wrote the screenplay for “Eastern Promises” and “Dirty Pretty Things,” delivers a tense, absorbing film about the choices we make in life and how we are often unprepared for their consequences. Far from being static or one-dimensional, Hardy brings such life to his character that the experience is mesmerizing as he becomes more and more deeply involved in sorting out his life. A very dependable family man, Locke’s wife Katrina (Ruth Wilson) and his two boys Eddie and Shaun (Tom Holland and Bill Milner) expect him to be home to watch a big soccer match with them as he promised. 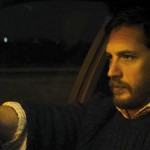 During the 85-minute drive to the hospital at night, Ivan has to talk his frazzled assistant Donal through the steps necessary to have the project work in addition to calming a distraught Bethan, handling his son’s disappointment, and dealing with his wife’s rigidly unforgiving reaction. “The difference between never and once is the difference between good and evil,” she tells him. In Hardy’s nuanced performance, Ivan is not an irresponsible scoundrel, but a three-dimensional human being, like most of us part saint and part sinner, who feels that he is acting out of integrity and expects everyone to understand.

Through it all, he is the only one who remains calm but the events are testing his patience and the pain can be read on his face. With a strong, confident tone delivered in a beautifully enunciated Welsh accent, he reassures Donal that he can handle the responsibility of the project even though he has begun to drink, and he lets Katrina know that he loves no one else beside her. He tells the boys that he will explain tomorrow and that everything can be fixed and things will return to normal, but whether he is being practical or delusional is left for the viewer to decide.

Hardy’s performance holds our attention throughout and Knight’s deft and gimmick-less direction plus the gorgeous cinematography of Haris Zambarloukos transforms Locke into what might have been a desultory, claustrophobic experience into one that is hypnotic, thought-provoking, and ultimately exhilarating. Do the right thing and see it. 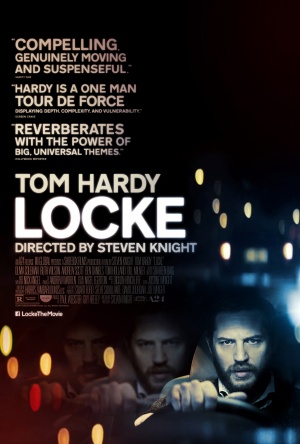