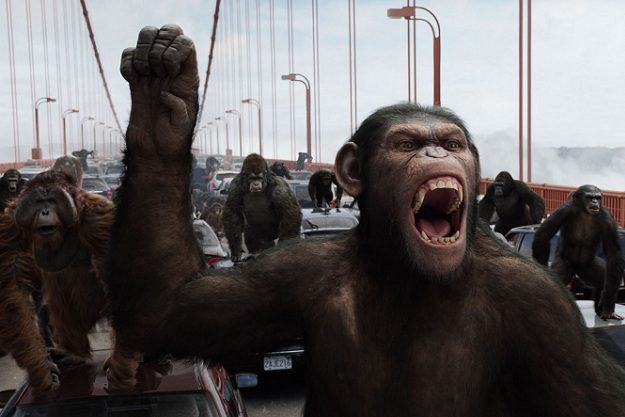 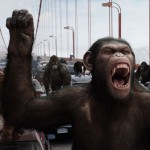 Before I begin, there is something I need to get off my chest. Rise of the Planet of the Apes? I can understand the producers’ desire to link this film with the rest of the series, but I’m sure audiences would’ve made the same connection if it was just called Rise of the Apes (or something similar). But fear not, because an overly clunky, lame title is by far the worst aspect of this movie. It falls short of replicating the thematic genius of the original, yet wipes the floor with Tim Burton’s ridiculous remake, “Planet of the Apes.”

In this prequel, Will Rodman (James Franco) is a medical scientist tasked with creating a cure for Alzheimer’s disease, a formula that to date has only been tested on apes. Its success is determined by measuring a primate’s increased intelligence, but after one subject flips out and is killed, Will takes in her baby and raises the chimp as a son. Noticing that his mother has passed the effects of the drug genetically to young Caesar, Will is shocked to see just how extensive the side effects are, resulting in Caesar developing a mind far beyond any ape, as well as typically human traits such as empathy and compassion, leading to a bond between the chimp and Will’s Alzheimer’s-afflicted father Charles (John Lithgow).

Although personally considered one of the best up-and-coming actors in the business, Franco doesn’t have to extend his acting chops here, nor does on-screen girlfriend Frieda Pinto. The criminally underused Lithgow does well in a small role, but it is Andy Serkis, as the man behind the computer-generated Caesar, who steals the show. I suppose this was to be expected (he did Gollum in the The Lord of the Rings trilogy, after all) but I was constantly amazed at how brilliantly a human could not only mimic the movement of an animal, but also invoke real audience empathy for what is just an animated image.

The short runtime of the film (approximately 105 minutes) is accommodated by excellent pacing. Certainly, Rise of the Planet of the Apes is aware of its status as a blockbuster, so almost by definition the movie must move quickly, but this is juxtaposed by the slow, progressive development of Caesar, inserting realism into an area I was expecting would just be glossed over by director Rupert Wyatt. Caesar starts out learning basic life skills, but as he ages, his genetic mutation teaches him complex talents such as intimidation, manipulation, violence and dominance. By the end of the film, he has become the leader of a downtrodden civilization, spreading his anti-human propaganda for the sake of fulfilling an ambitious plan. 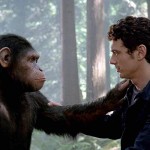 Saying that isn’t a spoiler — here we have a film in which the ending is inherently obvious even before the opening credits roll. The joy comes from exactly how it arrives to that conclusion. I was expecting a big, dumb, battle-for-survival movie going in, but Rise of the Planet of the Apes remains grounded in the sheer art of storytelling for the most part, saving the final battle for a very enjoyable climactic set piece. As one friend stated, you almost become a fan of the apes by the third act, if only to see just how they go about their hostile takeover. In fact, even the final scene does not try to be too excessive, striking a perfect balance between belief suspension and reality.

But to those who may not buy into the premise entirely, I assure you that the vast majority of the plot is explained logically, and any sudden escalation of the story is accounted for with reason for a character’s actions or development. As mentioned earlier, Caesar does not immediately become a walking, talking, weapon-wielding ape but instead grows slowly. This is beneficial in justifying the extremities and complexities in his character that have become apparent by film’s end.

The movie works in certain scenes that hint to the original — both in terms of imagery and the shift in power from apes to humans — but it does not quite match the thought-provoking nature of the 1968 sci-fi master “Planet of the Apes.” Instead, Rise of the Planet of the Apes adds a cautionary, self-conscious element to the story (something certainly welcomed by this movie fan) which results in a final product I do not hesitate to recommend. 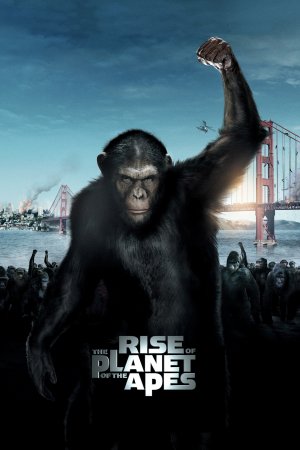