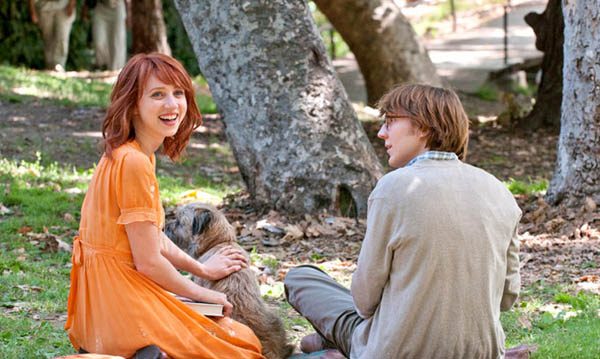 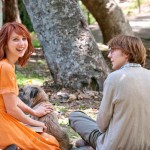 A picnic at the park.

According to the late author Michael Talbot, “What we perceive as reality is only a canvas waiting for us to draw upon it any picture we want. Magic is our birthright, no more or less miraculous than our ability to compute the reality we want when we are in our dreams.” In the comedy-drama Ruby Sparks, however, directors Jonathan Dayton and Valerie Faris (“Little Miss Sunshine”) take the idea that we naturally create our own experience and turn it into a magic trick, a one-of-a-kind miracle that provides ego gratification and manipulation of others.

Written by Zoe Kahan, Ruby Sparks shadows Calvin Weir-Fields (Paul Dano), a thirty-something, therapist visiting writer who achieved success in his teens with a breakthrough novel but has been unable to write a follow-up for ten years. Living alone in a spacious middle-class home with his newly acquired dog Scotty, Calvin’s only friend and companion is his brother Harry (Chris Messina) who provides advice to him about dealing with women, a subject that does not seem to be high on his list of priorities after his girlfriend, fellow writer Lila (Deborah Ann Woll), left him. Following a dream he has about a girl he meets in the park, Calvin creates the girl as a character in the story he is writing, giving her a name and details of her background.

He becomes so obsessed with the character that he tells his brother Harry that he is falling in love with her. Things begin to get really strange, however, when the young woman, Ruby Sparks (Zoe Kahan), shows up as a real person in his apartment (casually eating cereal) insisting that she is his girlfriend. The stunned author is so jolted by the fact that Ruby materializes out of thin air that he endlessly repeats the words: “Oh, my God, Wow, What’s happening?” for a good five minutes. Calvin is only reassured that he is not crazy when other people tell him that they can also see Ruby.

He soon realizes that Ruby is everything he ever wanted in a partner — intelligent, sweet, good looking, emotionally present, and nonthreatening and their relationship starts off well (as many do). When Calvin and Ruby visit his free-spirited mother (Annette Bening) and her lover (Antoinio Banderas), however, things start to unravel. Ruby, displaying a modicum of independence for the first time, decides to strip and go swimming with rival author (Steve Coogan) during a party, an event that causes Calvin, already upset by a run-in with his ex-girlfriend, no end of consternation. Clinging to his need for a compliant little dream girl, Calvin cannot accept the real Ruby with her new self-awareness and mood swings. 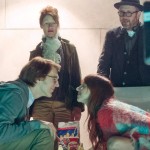 He soon learns that he can control her behavior simply by typing a sentence or two about her on his anachronistic typewriter. If he wants her to speak another language, all he has to do is to type it on the page and she follows like a slave. If he wants her to be happy, writing about this turns on her manic mode. Carrying his power to the extreme, Calvin decides, in a sequence that is thoroughly off-putting, to make Ruby jump through hoops to satisfy his thwarted ego, showing little concern for Ruby as a human being. Ruby Sparks has the making of a film that is worth seeing. It has a good story, better than average performances, and an intriguing premise, but its humor is forced and the dialogue is non-stop irritating.

The forever glum Dano, barely believable as a famous novelist, is even less so as a romantic lead and, though Dano and Kahan are a couple in real life, their on-screen chemistry leaves much to be desired. Ruby comes across as little more than a construct, a device of the script rather than a fully alive human being. Although Ruby Sparks flirts with the idea of satirizing the typical Hollywood romantic comedy, its insatiable cuteness makes it borderline insufferable, and its use of standard hippie caricatures, marijuana smoke-ins, and wall-to-wall use of the F word, negate any aspirations it may have had to say something fresh. 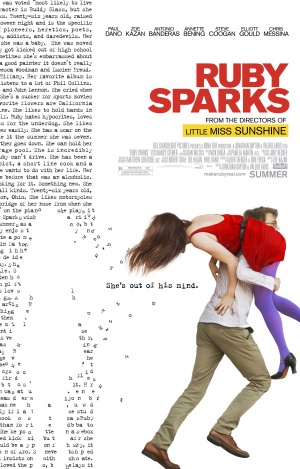