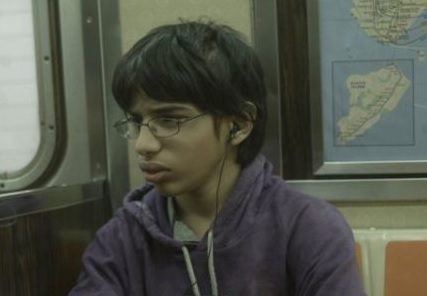 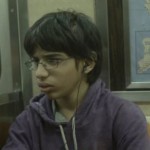 Alone on the subway.

There have been several well-known films about autism including “Rain Man,” “Extremely Loud and Incredibly Close” and “The Black Balloon,” but none I’ve seen are more authentic or moving than Sam Fleischner’s remarkable second feature Stand Clear of the Closing Doors. The film, written by Rose Lichter-Marck and Micah Bloomberg and winner of a special jury prize at Tribeca, is without savants, big name stars uttering clever catch phrases, and non-stop irrelevant chatter. In fact, its main protagonist, thirteen year-old Ricky (Jesus Sanchez-Velez), hardly speaks at all. He doesn’t need to. His face tells us all we need to know about his alienation and disconnection.

Ricky, afflicted with what is today known as ASD, an autism spectrum disorder, lives with his family in Far Rockaway, Queens and struggles to fit in at school which he attends only sporadically. An administrator tells his mother Mariana (Andrea Suarez Paz) that they have no budget to give proper attention to a special needs child like Ricky but Mariana has little choice. Working as a housekeeper to make ends meet, she would like to have Ricky attend a special school but is prevented from doing so by its prohibitive cost and by the fact that she is undocumented.

Ricky’s father Ricardo Sr. (Tenoch Huerta) works out of town, taking whatever construction jobs he can get but his work comes with the price of not being at home to support Ricky. Ricky’s sister Carla (Azul Zorrilla) shows little understanding of her brother’s needs and, like many teenagers, is primarily focused on herself. Resenting having to take her brother to school every day and pick him up when its time to go home, one day she “forgets” to pick him up and tells her mother that he is now old enough to come home by himself. Unfortunately, when Carla does not show up, Ricky follows a man with a dragon symbol on his jacket heading onto the subway.

The centerpiece of Stand Clear of the Closing Doors is the boy’s eleven-day odyssey riding the A-train to Manhattan and back, as he encounters all of what New York has to offer except for connection. He sits by himself, withdrawn and alone and does not communicate with anyone around him. Shot in real time (passengers had to sign consent forms), he is a witness to teenage breakdancers, dire warnings from gospel preachers, old men telling stories to their children, a young woman clipping her boyfriend’s fingernails, and many “colorful” conversations about almost anything. Through it all, Ricky remains a passive observer, slowly retreating deeper into himself. He drinks water only when he finds a half full bottle and eats nothing until a homeless man gives him a banana. 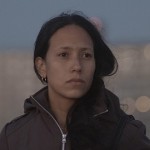 The only sound we hear coming from him is an internal voice-over talking about people’s feet and the shoes they are wearing. As Ricky’s unforgiving ordeal continues, a different drama is taking place above the ground as his mother searches for her son together with her friend Carmen (Marsha Stephanie Blake), a saleswoman in the shoe store that Ricky frequents. They roam the beaches of Far Rockaway, post flyers with Ricky’s picture on it, and talk to the police, but without expectations. As Ricky begins to visibly show the stress of his journey, the distinction between shadow and substance becomes murky and it is unclear what is reality and what is hallucination.

The threat of Hurricane Sandy adds a new dimension and a new desperation to the search and as the storm approaches and Ricky’s father returns to join in the search, the film builds an unbearable tension that holds us tightly in its grip. Stand Clear of the Closing Doors cares about its characters and their story is presented without an iota of sentimentality or pandering. It does not attempt to teach us any lessons or strain for our sympathy. It leaves us shaken because we know that we have encountered the truth and while that is often a disturbing experience, it can also be an exhilarating one.

'Movie Review: Stand Clear of the Closing Doors (2013)' have 2 comments 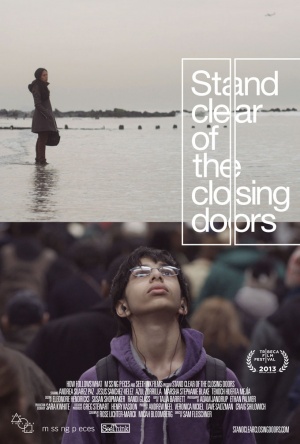