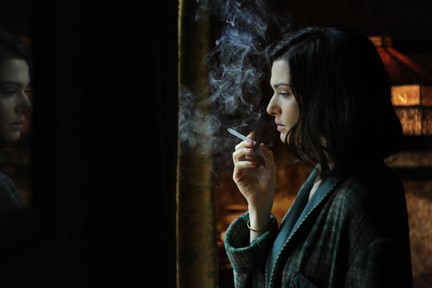 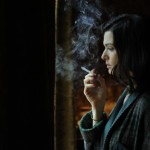 Based on the 1952 play by Terrence Rattigan, Terence Davies meshes personal pain with the struggles of the British people to overcome the effects of a devastating war in his latest film, The Deep Blue Sea. Known as the British Terence Malick, Davies has directed only seven films in the last 35 years including masterpieces such as “The Long Day Closes,” “Distant Voices, Still Lives,” “The House of Mirth,” as well as his recent documentary “Of Time and the City” that depicted the sad demise of his home town of Liverpool, England. The Deep Blue Sea, set in London just after the war, is filled with nostalgia for a world that is long past, but is also universal in its theme of loneliness and alienation.

The story centers on Hester Collyer, a woman (Rachel Weisz) in her forties who is locked in a loveless marriage to Sir William Collyer, a much older judge (Simon Russell Beale). Collyer loves her but is unable to express his love physically. She finds this passion, however, in her love for Freddie Page (Tom Hiddleston), a former RAF pilot who has returned from the war, but is still emotionally tied to its “glories.” Freddie, however, cannot return her love and Hester’s frustration threatens her ability to retain her emotional balance.

She swallows twelve pills and lights the gas furnace on her room in a suicide attempt, apparently sending a message to Freddie not to leave her and inflicting guilt on her husband for requesting a divorce. Failing in her suicide attempt, her misguided ploy has the opposite effect which she intended. When Freddie reads the suicide note addressed to him, it only increases his desire to break free of Hester’s obsessive stranglehold. Shifting from linear mode, the film moves back and forth in time as Hester remembers the circumstances that have led her to this moment. Though the film is bathed in a mood of disconnect, even the most acrimonious exchanges carry with them a core of truth.

In one of the film’s best scenes, William and Hester spend a weekend at the home of William’s antagonistic mother (Barbara Jefford) who snidely remarks about how Hester pours her milk first when drinking tea and questions her about why she isn’t more interested in sports to which the put-upon wife responds coldly, “I always thought of sport as one of the most pointless human activities.” When Collyer’s mother tells Hester to beware of passion, Hester asks, “What would I replace it with?” and her mother-in-law suggests “A guarded enthusiasm. It’s safer.” Guarded enthusiasm, however, is not in Hester’s DNA. 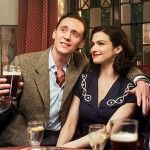 An encounter at the pub.

Although music plays a large role in The Deep Blue Sea (as it does in Davies’ earlier films), it is used selectively and features only six pieces. The beautiful second movement of Samuel Barber’s Violin Concerto occupies a full nine minutes at the film’s beginning, and the use of communal singing brings back memories of a time when people used music as a means of coming closer to others, not keeping them away with ears plugged into mobile devices. Music is also used to memorable effect in a panning shot that takes place in a flashback during the war as people huddle together for shelter in a tube station as a soldier sings Molly Malone, the unofficial anthem of Dublin.

The Deep Blue Sea could have easily become a soap opera, yet Davies has crafted a film of physical and emotional richness that can stand as one of his finest achievements. Rachel Weisz gives one of her best performances as an independent, yet vulnerable woman whose open expression of her feelings puts her at great risk. Hiddleston is likewise impressive as the high-strung, wiry ex-soldier who lacks the maturity and the empathy to deal with his insecurities. While dark, The Deep Blue Sea is never depressing. In its willingness to embrace turbulent emotions without flinching, it allows us to look at our own life and the things that keep us apart from others, realizing as does Hester that there is strength in the ability to let go, even when surrounded by destruction. 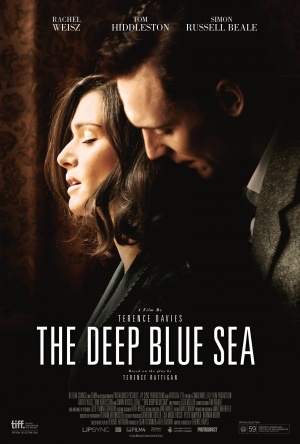