Gridlock is a 20-minute tension-filled short built entirely from top to bottom on the hope that its twist ending can shock its audience. Everything filters through to that ending via a threadbare plot that sees a father lose his daughter in a traffic jam on a rural road surrounded by forest. The dad (Moe Dunford, “Vikings” TV series) exits his car for only a moment to check on the cause of the stall and when he returns to his vehicle, he finds his six-year-old daughter has vanished.

None of the nearby drivers and passengers saw anything suspicious or have any information that might help in locating little Emma (Robyn Dempsey, “I.T.”), so the distressed dad and a few others who decide to help out begin a sort of witch hunt of their vehicular neighbors. Director Ian Hunt Duffy and writer Darach McGarrigle know full well that we know full well that this has to end with some sort of surprise conclusion, something that we don’t see coming even as we’re being actively invited to search for any and all clues.

The short running time compacts the expected tension and ensures the story built on a sense of immediacy doesn’t require any filler to stretch out the experience. Like the protagonist, we’re thrown into the conflict rather quickly, so we’re struggling to get our bearings in a frightening situation at the same time that he is. All we (and arguably he) have to rely on are movie clichés.

So the creepy-looking guy who refuses to exit his car or even look at anyone engaged in the search for Emma is an obvious suspect because he certainly looks the part. But does that mean he’s too obvious and therefore an even more obvious red herring? It’s easy to pick out who might be guilty based on their actions and who might be guilty based on some assumed sleight of hand by Duffy, but the ending reveals that the filmmaker has always been one step ahead of us.

A great and truly unpredictable finish means that Gridlock hits its mark. While the specifics are tough to discuss without diving headfirst into extreme spoiler territory, the point is that the movie achieves a grand surprise that smartly toys with our expectations of this kind of stomach-knotting thriller.

In the end — and it is all about the ending — the obvious bits from earlier in the film feel like a necessary detour on the road to unearthing a great twist. The brief length supports the intent to disorient us and anyone engaged by the search for truth should find themselves nicely rewarded. Gridlock is a memorable mystery-thriller that makes good use of its time and space. Its resonance is built entirely on the expected impact of its twist and while that can be shaky ground to rest a whole movie on, this particularly exacting experience feels impressively solid. 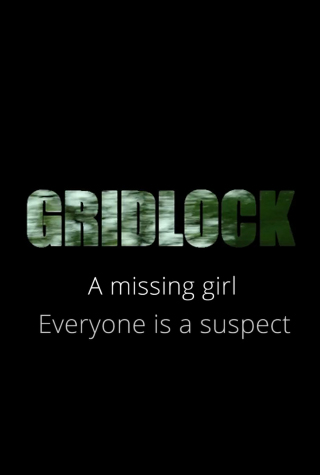