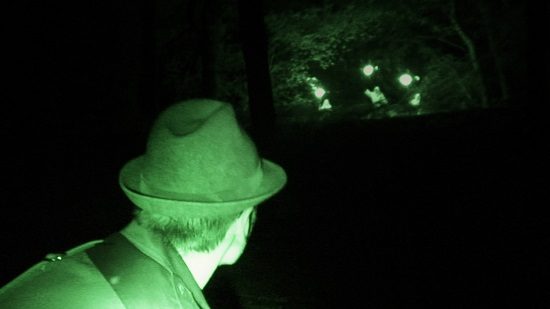 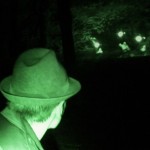 Just in time for the Halloween season comes The Paranormal Diaries: Clophill, another run-of-the-mill paranormal investigation film involving a group of people exploring a haunted locale with cameras that capture a whole lot of nothing until the last 20 minutes of runtime when the obligatory creepy occurrences abound. But while this basic description holds true, fans of the overdone genre might still appreciate some of the atmosphere and trickery used to create tension in this British import.

The “documentary film crew,” led by the film’s actual directors, Kevin Gates and Michael Bartlett, set off for the dilapidated grounds of the abandoned St. Mary’s church during a three-day weekend in Clophill, Bedfordshire in the U.K. Fueled by stories of black magic and Satanic ceremonies, the crew brings equipment, security personnel, and a variety of witnesses to tell their stories of strange experiences.

Act One/Day One begins with “Blair Witch Project”-like conversations with the villagers who have been living in Clophill for years, and therefore have lots of legends to share with interviewer Criselda Cabitac. During this slow-going, some brief history is provided through interviews with folklorists, historians, local experts, and the documentarians; we are told that in the 1960s and 1970s, many dark rituals were held on the church grounds. One such ritual included the bones and skull of a young woman whose remains had been dug up from their resting place near the church. Witnesses also share experiences they had with a shadow or a white figure (depending on the story) believed to be the ghost of a woman named “Sophie.” What all the witnesses agree on is that the figure moves quickly in the dark, and that it appears nearest the gravestones beyond the church archway. That night, the crew engages in an uneventful investigation marred by teenagers attempting to check out the haunted location for themselves.

Act Two/Day Two has the crew bringing in security personnel Gerry and Dana McGovern to help keep unwanted interruptions at bay. The crew also brings in the Luton Paranormal Society and their Electro-Magnetic Field (EMF) meters, sound recorders, and cameras to help document the investigation. The group sits in a circle, asking the surrounding spirits to communicate with them; the most interesting element of these experiments is the use of a radio scanner — spirits string together bits of broadcasted words and sounds to relay messages to the listeners. The spirits are more active during night two; footsteps are heard in the woods, and the investigators begin to feel unease. 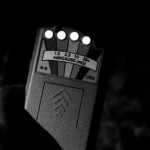 Ultimately, as per the template, the real action doesn’t happen until Act Three/Day Three. The crew decides that the increased activity around the gravestones would best be captured if a single person stayed alone in the area with a camera for an extended period of time. For ten minutes, each person stands quietly near the graves and listens for any evidence that he or she is not truly alone. This is when the movie’s “documentary” filmmaking is called into question, as what occurs during these stretches is proof that reality has been sacrificed for the greater goal of satisfying the viewer.

This adherence to horror tropes cements The Paranormal Diaries: Clophill as just another unsatisfying, tired haunt film, even though it does manage to create some anticipatory tension as you wait to see what happens next. For this horror fan who likes a slow burn, the nighttime communicating-with-the-spirits scenes were best, while the culminating events of night three and thereafter were so contrived and clichéd that I couldn’t help rolling my eyes, feeling that the filmmakers took the cheap, lazy way out to generate their frights. Overall, if you like this type of film, The Paranormal Diaries: Clophill is not the worst way to fill some time around Halloween. It’s highly unlikely, though, that you’ll be recommending it to anyone as there’s absolutely nothing new to be enjoyed.

'Movie Review: The Paranormal Diaries: Clophill (2013)' has no comments 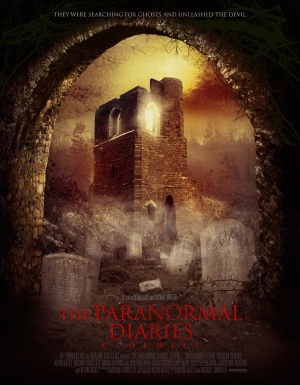