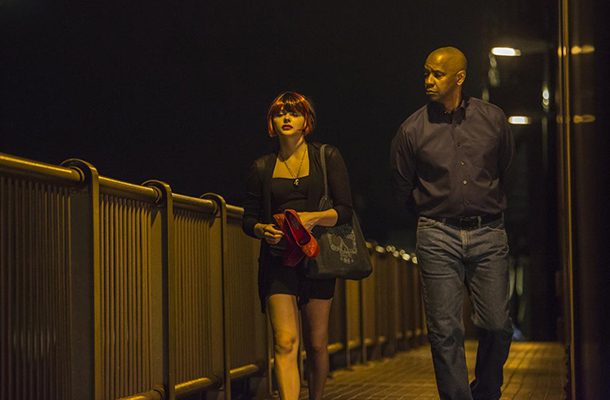 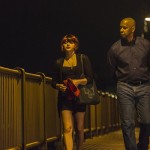 Anyone with a heartbeat knows that when given a particular set of skills and a menacing attitude Denzel Washington knows how to administer street justice. Under the constructive guidance of director Antoine Fuqua (“Olympus Has Fallen,” “Shooter”), he’s given the opportunity to do it again in the pair’s latest project, The Equalizer. As Robert McCall, Washington picks a fight with the Russian mob and the corrupt Boston cops that insulate them utilizing such mainstay weapons like cork screws, drills, mallets and nail guns to get the job done.

However, the 131 minute film overstays its welcome a bit — as the bodies continue to pile up, the story becomes more and more cliché-ridden, calculable and even fairly irritating. That being said, when there is such a giant of the silver screen annihilating any and every bad guy amid catchy tunes and interesting, roving camera angles, it is still difficult not to watch to the end.

The plot of The Equalizer, based off of Michael Sloan and Richard Lindheim’s television series of the same name, follows McCall, a gentle, middle-aged man who works at Home Mart after a self-imposed retirement from being a government agent. He lives modestly and is quite frugal, but he begins to develop a fatherly friendship with a young prostitute named Teri (Chloë Grace Moretz, “Kick Ass 2”). She, he learns, is under the careful control of Russian pimps and traffickers and that at their hands she’s been assaulted. Not content with her situation, McCall makes the deliberate choice to leave his quiet life behind to ensure those responsible never have the opportunity put their hands on her or another person ever again.

This action, expectedly, sets off a retaliatory response. Mob kingpin Vladimir Pushkin (Vladimir Kulich, “Ironclad”), sends Teddy (Marton Csokas, “The Amazing Spider-Man 2 ”), his vicious “silencer,” to restore order and balance to his East coast operation. But once Teddy learns that McCall was the one responsible, he wants to put to use his seasoned killing skills as this tattooed lunatic, ex-Russian soldier/agent rivals McCall’s own mercenary talents.

But The Equalizer isn’t just a “count the dead bodies as they accumulate” movie (it provides more than many to be toe-tagged, though). It steadfastly preaches that there really is no cap on human ambition. Anyone — in this case a trapped, young girl and a guilt-ridden widower — can break free from the chains binding them if the opportunity is given and seized. That the opportunity comes in the form of a former CIA operative who can kill as easily as brush his teeth for her and a teenaged hooker for him may be preposterous, but it is nonetheless there. What also sells the film is Fuqua’s interesting shot style, coupled with Mauro Fiore’s fine cinematography. The rainstorms and other mood touches add a real presence and when the camera maneuvers “through” McCall as he studies his adversaries and plots his movements, the audience is primed for some impressive fight choreographics. During it all (even the quieter, heartfelt moments), Harry Gregson-Williams’ music efficiently compliments Denzel’s effortless performance. 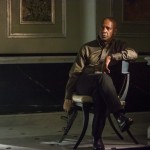 Effortless, because we’ve seen Denzel do similar before — parts of his character can be found in the likes of “Training Day,” “Man on Fire,” “Safe House” and “2 Guns.” And while the success of the film rests squarely on the shoulders of its star, it is helped with the support of Csokas and Moretz. Csokas is frighteningly ruthless and chews up his scenes with Washington and Moretz, making the most of her limited screen time, is very vulnerable and proves to be a believable catalyst for McCall’s return to his old ways.

As mentioned, however, The Equalizer is formulaic in its “one triumphs against many under impossible odds” motif and overdrawn by at least 20-minutes. It still manages to display the cogent acting abilities of Denzel Washington and the resourcefulness of Fuqua as a director, but it is not their best work (“Training Day” gets that honor). Heck, it’s not even better than Liam Neeson and Scott Frank’s “A Walk Among the Tombstones” which shares the same space. 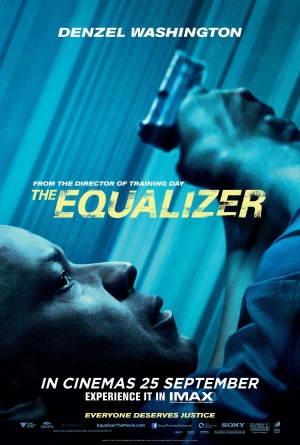