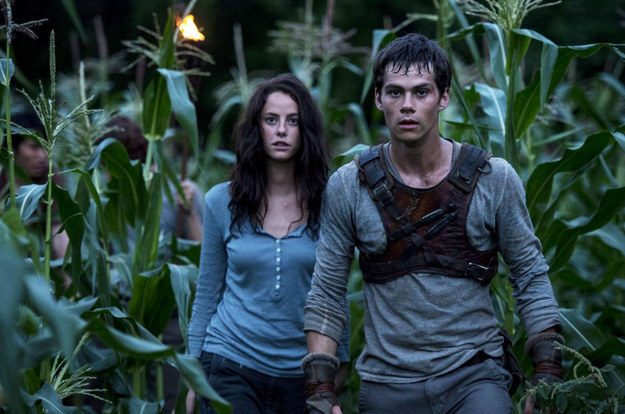 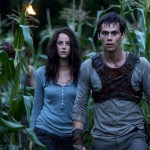 It’s no secret that the phenomenon commonly referred to as “young adult” has taken over the movies, and it’s also no secret that the girls are kicking butt and taking names in the genre’s linchpin franchises like “Divergent” and “The Hunger Games.” Well, ladies, the boys are back front and center in The Maze Runner, a new movie that’s sure to kick off a new series of must-see films.

It opens with a black screen and loud clanking noises as a young man is lifted to who-knows-where in a kind of elevator. It moves faster and faster until he’s certain it’s going to crash into the ceiling. Instead, doors open above him, and he’s surrounded by twenty other boys who aren’t the least bit surprised to see him. He, however, has no idea where he is or WHO he is. They pull him out of “The Box” and start showing him around. “Day One, Greenie; rise and shine.”

Turns out, he has arrived in “The Glade,” a large green area surrounded by enormous stone walls. Alby (Aml Ameen, “Red Tails”) explains to our hero that they’ve been where they are for three years, and that “The Box” arrives once a month with supplies and a new boy. “Whatever we need, “The Box” provides; the rest is up to us.” That rest is basically governed by three rules:

Only the runners go beyond the walls, but our hero, Thomas (Dylan O’Brien, “The Internship”) is fascinated by the walls and has to repeatedly (and sometimes forcefully) be reminded of the rules. Runners spend their days exploring the maze, trying to find an escape from “The Glade,” but at night the walls seal shut, the passages within the maze reform and creatures known as Grievers roam free. No one has ever survived the night within the labyrinth. But when Minho (Ki Hong Lee, in what amounts to his first major role), the lead runner, struggles to return from the maze with an injured Alby, Thomas runs through the rapidly closing walls to help, and all find themselves on the wrong side of the proverbial tracks as night falls. The race to survive begins . . .

The adaptation of James Dashner’s work by Grant Pierce Myers, Noah Oppenheim and T.S. Nowlin is true to the source. In stride, the audience gradually discovers the secrets of “The Glade” and the surrounding maze with Thomas and we share in his intrepid curiosity about what’s on the other side of the walls. Others in the colony deviate little from the text as well — Gally (Will Poulter, “We’re the Millers”) is aggressively loyal to “The Glade” and is played as a forceful type of “villain,” though it’s hard to blame a guy who’s afraid of change and the unknown. Newt (Thomas Brodie-Sangster, “The Last Legion”), is careful and deliberate, a natural leader whose opinion and advice the boys trust, as they should. Finally, Blake Cooper (“Parental Guidance”) perfectly portrays Chuck as the boy who arrived just before Thomas. Cooper’s kind character helps explain everything to Thomas (and us), and you can’t help but love his sweet demeanor. 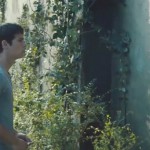 Because these characters and that of Teresa (Kaya Scodelario, “Clash of the Titans”), the lone girl who arrives in “The Box” with a note that reads: “She is the last one — EVER,” are well developed, we care for their fate. After all someone is providing the community with supplies. Someone is controlling the maze. And those someones are usually up to no good as far as the protagonists are concerned (it’s a general rule of thumb of all recent YA adaptations).

But putting the obligatory “Big Brother is Watching” twist to the side, you’ll find The Maze Runner is filled with suspense, camaraderie, action, and wonderful mystery — a great movie for teenagers and adults alike. The visuals are entrancing, and the Grievers are mesmerizingly fast to the point that you’ll want a DVR remote to pause the film to take a really good look. (Suffice it to say, you’ll have plenty of opportunities to see them). The story unfolds at a great pace so it doesn’t feel close to running for nearly two hours; in fact, when the credits roll, you’re eager for more. So it’s probably a good thing pre-production on the sequel, “The Scorch Trials,” has already begun.

Dashner’s novels are gripping and hard to put down, and Wes Ball’s adaptation has done this first one justice. We’ve found our new YA trilogy franchise, folks. Strap in and hold on tight. 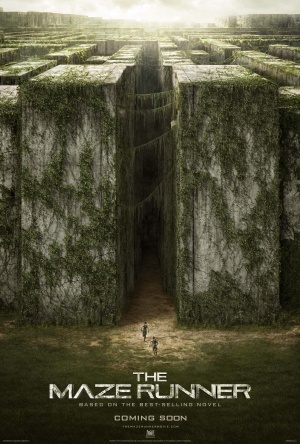