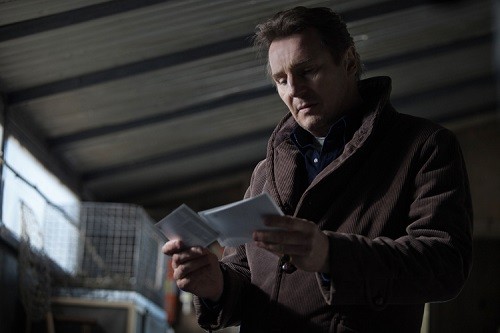 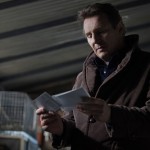 Entering the theater to see A Walk Among the Tombstones, one might stumble and feel trapped in another cliché-ridden “Taken” in which Bryan Mills sternly promises, “I will find you, and I will kill you.” It’s an honest initial thought to have, however, once the film starts rolling, the stylish cinematography on the bleak streets of New York City, the salient audio of gun shots ringing from a drunk cop’s pistol and the slow unveiling of a nuanced plot proves otherwise.

That’s not to say A Walk Among the Tombstones strays too far from those genre clichés that ensure the safety of the protagonist by allowing the supporting characters to bite the dust in his stead (it doesn’t) or employs a strong female lead (it doesn’t do that either), but it is impressively terse and lets Liam Neeson (“Non-Stop”) flex his acting muscles a bit more than usual with his best role in some time now. Dan Stevens (“Downton Abbey” television series) is also forceful as a grieving husband and millionaire drug trafficker, although I confess it’s difficult to see him as anyone other than Matthew Crawley. Edgy, mystifying scenes depicting the antagonists carry a poignant sort of cinematic flare — eerie music, shadowy, distorted figures and audio — heightens the film’s appeal. Plus, it seems as though this may be the beginning of an intriguing new film series based off of Lawrence Block’s crime novels.

As for the plot of this slow-burning, high-stakes thriller, it happens to begin at the endpoint of Matthew Scudder’s (Neeson) policing career in 1991, after a (drunken) gun chase in the streets and then zips to the year 1999 amid “Y2K” scares to find Scudder as a sober, fearless private detective who attends Alcoholics Anonymous meetings religiously. When Howie (Eric Nelsen, numerous television roles), a junkie from the support group, asks him to look into a kidnapping, Scudder obliges and learns that the junkie’s brother, Kenny Kristo (Stevens), is a high-end drug trafficker who’s lost his wife (a light description of what has actually happened to her). Begrudgingly accepting the case he begins an inter-borough manhunt encountering an interesting procession of characters from a strange cemetery groundskeeper with knowledge of the crime (Ólafur Darri Ólafsson, “Contraband”) to a teenage orphan, TJ (a humorous Brian ‘Astro’ Bradley, “Earth to Echo”), who actually joins the ragtag team tasked with hunting down those responsible for the disappearance of Mrs. Kristo and other women associated with city drug dealers. 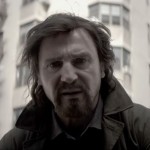 Narratively, there a few plot holes which are sure to be elucidated better in the novel which bears the same name. These include unearthed links to the DEA, details about Kenny’s brother’s arrest and the domino effect it had and background on the perpetrators which could have helped us understand their motivations in clearer ways.

Impressive production values help to quash those criticisms and elevate A Walk Among the Tombstones over the lot of generic, urban detective puzzlers. The audio in the (overly common?) rainstorms is sharp and although much of the film takes place in the shadows or behind tombstones at a cemetery, cinematographer Mihai Malaimare Jr. and writer/director Scott Frank (who has some impressive screenplays under his belt) manage to keep the action, like the one in which Scudder, holding bags of counterfeit money, stares down the barrel of a gun, cleanly framed and clear. Subtle references to the “Y2K” scare are also strewn all over the place — in murals, on cabs, in libraries — which improves verisimilitude and is a testament to the immersive depth of Scott’s film. As the credits roll, too, there is a very peculiar rendition of Soundgarden’s “Black Hole Sun” which is sure to imprint itself on viewers.

It’s not for everyone, though. The story takes its time to unwind and those hungering for action upon action won’t find it here. Nonetheless, when pitted against yet another young adult adaptation (“The Maze Runner”) and a family angst comedy, A Walk Among the Tombstones is the most compelling new release of September (perhaps not in box office receipts, but certainly in cinematic integrity). 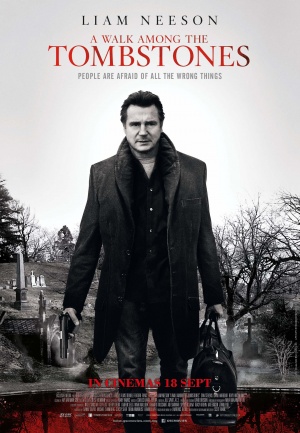