Paige Pritchard (Marina Petrano) is your average teenager — she loves her cell phone, her older brother, and hanging out with her friends. She also lies occasionally to her parents, and one night, she tells her parents that she’ll be spending the night at her friend’s house when she actually goes to a party in Borley Forest. Now, to be fair, this friend, Ava (Weston Adwell), was supposed to go with her to the party, but she bailed. As a result, Paige finds herself with people she doesn’t really know, so she decides to try and find a ride home.

Unfortunately, a strange encounter in the woods leads to a waking nightmare for Paige, as she later finds herself tormented by a strange presence in her home. This is only compounded by the fact that her parents have grounded her for lying — she’s not allowed to go anywhere other than school and work — so she’s home alone quite a bit. At night, she’s often awakened by strange noises or an unnerving feeling of being watched. During the day, the feeling doesn’t go away, and her parents’ distrust (and constant condemnation) isn’t helping Paige solve her problems.

Gradually, Paige realizes she’s being haunted by a spirit from the forest, and enlists the help of her brother and friends to try and make the presence go away. One friend is traumatized and left catatonic by an evening attack, so Paige calls in a parapsychologist (Jason Beck) who relates the history of Borley Forest. These details, of course, are your run-of-the-mill creepy forest stories — old Civil War battleground, hideout for runaway slaves, an old burial ground, and . . . you guessed it . . . the site of Satanic rituals. Paige and Ava scour the local library newspaper archives (locating the stories they need in the first pile they explore), and discover that, in 1951, three teenagers mysteriously disappeared in the forest (naturally). Before more harm can come to her or her family, Paige investigates the disappearances and becomes determined to put to rest the malevolent spirit haunting her.

In a worn out nutshell, The Poltergeist of Borley Forest presents the same kind of haunting of the same teenager character by the same variety of spirit as most other movies of this type. There’s even the same resolution to the central conflict, which I’ll refrain from giving away — though it won’t take much for you to predict what’s going on here. The movie is populated with flat, stereotypical characters whose acting is as lackluster as their backstories. Paige’s parents, played by Chris Cook and Lisa Shorts, are supposed to be upset that their teenaged daughter has lied to them (again), but they’re so over-the-top snide and accusatory, you wonder why Paige hasn’t just run away from home yet. Paige’s kind older brother Tommy (Christopher Ingle) and his wife Brenda (Rhea Rossiter) are slightly better characters, and actually try to help Paige in many ways. Her friends and would-be suitor, however, are space-fillers and simple plot devices, and the parapsychologist “expert” is even worse than the parents (which is good, I suppose, as they’re the sort you can root for the spirit to victimize).

The story, written by Kimberly Britt and R. Presley Stephens, is a slow, plodding journey through Paige’s experiences, and the first half hour is really difficult to get through. Once Paige starts investigating the backstory, there’s — some — redemption to the movie, but very, very little. A spattering of good cinematography and goofy special effects carry the film through to the end, but most will be unsurprised by the story’s ultimate conclusion. The original title for The Poltergeist of Borley Forest — “You Will Love Me” — is taken from a line of dialogue from the spirit, and is as negligible a possibility as it is a worthwhile line in the film. It makes no sense in the context of the story, it is never explained or given foundation, and it certainly holds no truth for the viewer. It may insist on our love, but I do not love (nor like) this movie, and neither will any self-respecting fan of horror.

'Movie Review: The Poltergeist of Borley Forest (2013)' have 2 comments 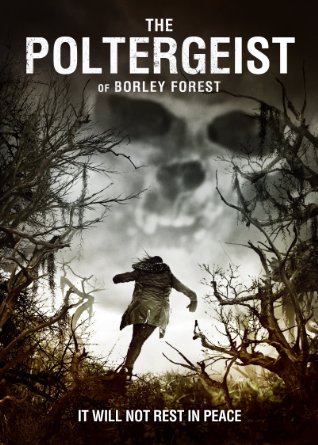 The Poltergeist of Borley Forest (2013)