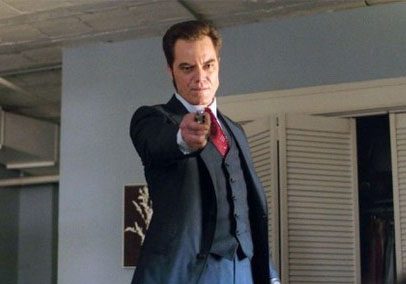 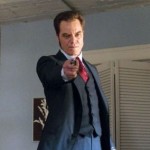 The Iceman tells the story of Richard Kuklinski, a real-life Polish hit man who is believed to have killed over 100 people. He earned his nomenclature for the notoriously cold-blooded manner in which he exacted his murders, as well as his clever way of concealing the bodies by freezing them. When he was finally caught in 1986, neither his wife nor his two daughters had any idea of his true profession.

Like all good mobster movies, The Iceman employs the usual degree of ethical ambivalence. Sitting in a Ford on a cold day, Roy berates one of his goons for not giving a homeless man any money, and orders him to fork over a quarter. Wow, what a sweet little mob boss, you think. Two minutes later, he hands a gun over to Kuklinski, “Put that poor bastard out of his misery,” he says. Oh, well, that’s not as nice. But that’s what makes movies about the mob so compelling, so different from any other crime genre. Despite the brutality of some of their actions, you can’t help but admire that there’s a structure there, a code of honor, a protocol, a currency that runs on trust and respect, and a level of empathy, even if it isn’t a traditionally human one. And each greasy-haired gangster has his own unbreakable moral code. “I don’t kill women or children” is Kuklinski’s, and, boy, does he stick to it.

The film’s tagline is “Loving Husband. Devoted Father. Ruthless Killer” and, indeed, the emotional tension and moral ambiguity of this film stems from the fact that Kuklinski is a below-average member of society but an above-average domestic partner. In comparison to Freezy, who seems a bit queasy about murdering but apathetic and callous to his son, Kuklinski is the undisputed hero. And that exemplifies the underlying question of the movie: The theme of the individual vs. the collective. “I don’t care about anything in this world except for you and the kids,” he roars at his wife, and he really means it. And, somewhere, you can’t help but think: Is that really so bad? In our modern-day world, in which we place civic duties over domestic ones, in which legal punishment is in place for tripping a stranger on a sidewalk but not for breaking someone’s heart, is his commitment to his familial responsibilities not somewhat laudable? Yes, he kills without conscience, but he’s great at his job, shows irrevocable love and devotion to his wife and kids, and staunchly adheres to his own moral code. How many of us can say that for ourselves? 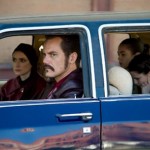 Ultimately, the problem with The Iceman is that the script doesn’t allow Shannon to explore the various facets of Kuklinski’s character, which is a shame since, if nothing else, the performance is a reminder of how brilliant of an actor he truly is. Shannon has made a name for himself playing odd, pity-inducing, morally grey characters, and he himself looks like that bug-eyed weirdo who appears late into the school year, the one you know is going to get picked on as soon as he shuffles through the door. His entire persona demands empathy, and that makes the film steadfastly one-note. We side with him from the beginning, and no crime that he commits ever truly makes us waver, especially since none of his victims are particularly innocent or worthy of screen time. “I’m good at what I do,” he says repeatedly, and we agree. With every shot, it seems more and more like it’s just an average day on the job. And so by the time the FBI surround his house and tackle him to the ground (an ending to which there was regrettably no build-up), we can’t help but think, “So he froze a few bodies? What’s the big deal?”

Diana Bruk is a freelance writer living in NYC. She studied creative writing at Sarah Lawrence College, and completed a Masters in Comparative Literature at the University of Oxford. She writes regularly for MTV Voices, Examiner.com, and Brooklyn Exposed, as well as others. You can find more of her work at www.dianabruk.com. 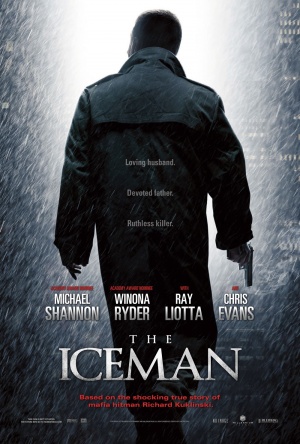