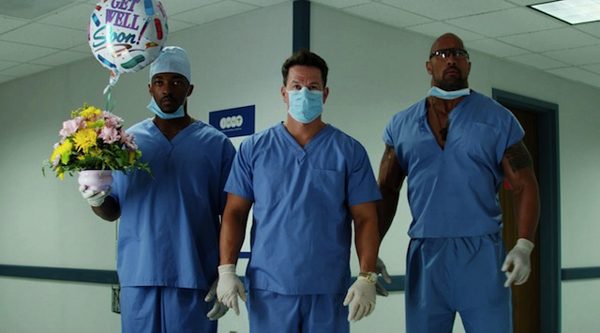 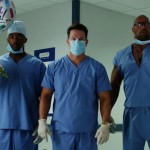 Pain & Gain, the true life story of three bumbling bodybuilding losers in Miami, may just be director Michael Bay’s best film. However, considering that he brought movies like “Pearl Harbor,” “Bad Boys II” and “Transformers: Dark of the Moon” (the worse of all the poor Transformers flicks) to the big screen, that’s not saying very much.

Here he shows a satirical edge not evident in most of his previous efforts (unless one counts “Transformers” which did have wit to go along with the CGI and action sequences). The tale of this trio of losers is quite compelling and — for the first 40 minutes, at least — very funny. But then Bay allows things to go too far, WAY too far. It just shows what a mediocre director can do with a good story.

Danny Lugo (Mark Wahlberg, “Ted”) is a personal trainer caught in a rut in 1994. Obsessing with late night infomercial king, Jonny Wu (Ken Jeong, “The Hangover Part II”) and his advice to “be a doer,” Lugo decides to take the initiative and steal the ill-gotten gains of one of his clients, Victor Kershaw (Tony Shalhoub, TV series “Monk”).

Kershaw isn’t really evil, just a jerk who Lugo feels does not deserve his largess — even those earned from his legitimate business enterprises (including a Schlotsky’s deli restaurant). Teaming up with two equally idiotic weightlifters, Paul (Dwayne “The Rock” Johnson in his 40th film of 2013 of which “G.I. Joe: Retaliation” is one) and Adrian (Anthony Mackie, “Abraham Lincoln: Vampire Hunter”), Lugo decides to kidnap Kershaw, rough him up a little and have him sign over all his assets (“I’ve seen a lot of movies, so I know what I’m doing,” he intones).

The plan is totally ridiculous and full of holes, but evidently, it somehow worked in real life. A humorous scene takes place as the hapless stooges mistake the victim’s car and he gets away. Once he is finally captured though, all bets — as well as all laughs — are off. The gang uses various means of torture to try and get him to sign (barely) legal papers, but during this effort Pain & Gain takes a dark and disturbing turn. From the snicker-inducing (Kershaw is suspended from a dry cleaning clothes rack) to the grimacing (his hand is realistically burnt in a laminating machine) the trio goes deeper and deeper into madness to get Victor’s assets. 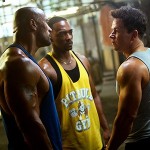 Planning the next move.

Finally, yes finally, with the help of a crooked notary public (Rob Corddry, “Warm Bodies”), the threesome gets what they were after. But of course, in a film like this, all is not well for very long. Lugo has moved into Kershaw’s mansion and behaves like an immense ass, ingratiating himself seamlessly into the swanky neighborhood; Paul, who is a pacifist and has professed a love of Jesus throughout, is now a raving coke head with a stripper girlfriend; and Adrian has married a nurse (Rebel Wilson, “What to Expect When You’re Expecting”) who specializes in the treatment of erectile dysfunction.

And as if all of this wasn’t depressing enough, the group runs out of money and decides to rob another criminal, local pornography mogul Frank Griga (Michael Rispoli, “Kick-Ass”). This is where Pain & Gain spins completely out of control and it goes from a decent story about a trio of reprobates to a grim, bloody, violent mess.

Yes, it really did happen, but why sugarcoat the first part and make Kershaw appear like such a wad (clearly to gain sympathy for the bumbling morons who kidnap him) when everything leads to the dreary conclusion that all three will eventually have to atone (some quite dearly) for their sins? Why not either tell the tale straight or embellish the story with laughs throughout to create a satisfying conclusion? Seems like Bay wanted it both ways, but it just does not work.

So while I cannot recommend Pain & Gain in its entirety, I would hint (even though I don’t condone it) at checking out the first 30 or 40 minutes and then sneaking out to see “Iron Man 3.” It wouldn’t be the worst thing one could do, certainly better than stealing someone’s money and possessions (like the producers of this picture does to the audience) or watching this film through until the end. 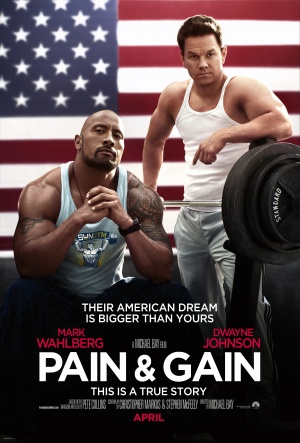