After the good fight Godzilla put up in “Godzilla” fighting the pair of M.U.T.O.s, you’d think humanity would take a step back and reprioritize a few things. That, unfortunately, didn’t happen as the latest trailer for Godzilla: King of the Monsters shows. Now we’ve got to contend with Mothra, Rodan, Godzilla and one of their most revered rivals, the three-headed King Ghidorah. Seems for one reason or another, these mighty monsters have awakened from their slumbers and are now causing widespread destruction. Once the militaries of the world realize they can’t stop the colossal creatures, it’s up to the crypto-zoological agency Monarch to once again convince the world powers that we need to sit back and let these monstrosities fight it out for themselves. It’s not a decision that I’d be comfortable with, but it sure does look good happening on the screen. Check out the latest action in the trailer courtesy of Warner Bros. Pictures. 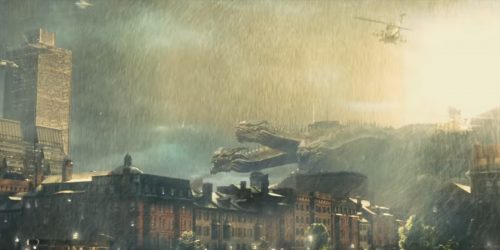 Official Synopsis:
The crypto-zoological agency Monarch faces off against a battery of god-sized monsters, including the mighty Godzilla, who collides with Mothra, Rodan, and his ultimate nemesis, the three-headed King Ghidorah.

Godzilla: King of the Monsters battles for supremacy in US and UK theaters on May 31, 2019. 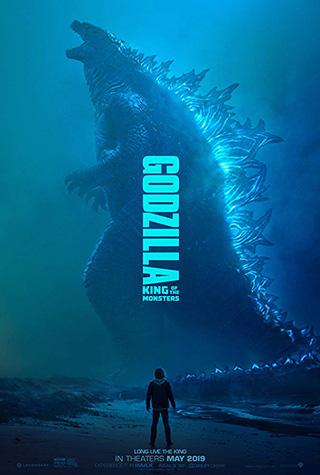