In his play, “The Glass Menagerie,” Tennessee Williams alludes to one of the characters as the “Gentleman Caller.” He is the character in the play that is supposed to be realistically rendered to complement the rest of the cast who comprise a group of dreamers. Williams describes him as “a symbol . . . the long-delayed but always expected something that we live for.” Aniara also has such a character. It is the lavish spaceship upon which an international assortment of passengers stake their lives, as they leave on a three-week journey from a distressed Earth to take up residence on Mars. The centrality of life in a “locked box” results in a claustrophobic, intense, and laconic mood. If that’s not your preferred cup of cinematic ingredients, and in particular, science fiction cinema, you might find the film exasperating. You won’t find cosmic car chases, chimeric creatures, or holy cow creative effects. If your tastes are closer to science fiction as speculative narrative, meant to raise existential issues about the nature of human experience, specifically the relationship among personal values, desire, and choice, you might feel stuck to your seat like an astronaut experiencing g-forces upon take-off.

Inspired by the science fiction poem by Swedish writer Harry Martinson, winner of the Nobel Prize for Literature in 1974, Swedish filmmakers Pella Kågerman and Hugo Lilja have written and directed Aniara, a plaintive, allegorical science fiction film. The space vehicle is outfitted to resemble a luxury cruise liner, although it is only a three-week voyage to Mars. This suggests that the passengers, who are leaving behind an environmentally compromised Earth, still maintain a deep desire for entertainment and distraction. Thus, the spaceship — again, like a luxury cruise liner — provides the amenities of a theme park. These include recreational facilities, malls, gift and souvenir shops, and gourmet restaurants.

The film has few major protagonists. Most communicate in laconic Bergman-esque exchanges. These characters include the mysterious, laconic Captain Chefone (Arvin Kananian, “The Unthinkable”) and his assistant Isagel (Bianca Cruzeiro, “The Wind Bloweth Where It Listeth”). Besides commandeering the ship, they work hard to assume calm demeanors to allay any fears of flying among the passengers. However, the “engine” that moves along the plot (besides the ones powering the spacecraft) is Mimaroben (Emelie Jonsson, “Gentlemen”), the chief steward who responds to life aboard the ship with a combination of intensity and animation. Her official job is overseer of the passengers’ use of MINA, a virtual reality system where one can enjoy spiritual comfort (or simply escapism?) by experiencing an enhanced version of one’s most treasured memories, so that each passenger can have his or personalized IMAX show. However, when the passengers become fitful and anxious, their virtual experience changes accordingly, and Mimaroben must console them. She also consoles passengers that have fears or doubts about the voyage and its destination, and finds consolation herself in a brief on-board love affair.

Aniara is structured episodically, the way a novel is divided into chapters. Once past Episode One, the crew must deal with technical crises that upend expectations. What the spacecraft promises its passengers is a new world where they will be welcomed as immigrants. However, few if any of them are gullible enough to anticipate a paradise. Scandinavian films, whether neo-noir mysteries or studies in isolation angst, have a reputation for being understated, even dreary. However, Pella Kågerman and Hugo Lilja want their audience to reflect on how the characters respond to their environment, which corresponds to how we all respond to a temporal spatial world and the people with whom we share it. It would be pretty hard to meditate on these sorts of issues if you are being accosted by overpowering visual and auditory effects. This form of storytelling isn’t new. Bertolt Brecht created an entire dramaturgy based on the philosophy that you should create an engrossing dramatic world without forcing the audience member to feel latched onto it. 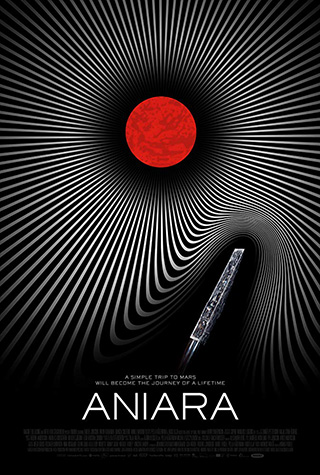