“What I felt then was a love as pure, as immaterial, as mysterious, as if I had been in the presence of those inanimate creatures which are the beauties of nature” — Marcel Proust, “In Search of Lost Time”

The films of Slovenian director Vlado Skafar, director, writer and co-founder of the Slovenian Cinematheque, do not fit into any easily recognizable category. Skafar has said, “I don’t play by the rules, and don’t worry about labels, just being free instead. My job is to clear the banality of life and see that there is something behind it.” To call his films pure cinema or even pure poetry only tells half the story. They have no plot, use only sparse dialogue, and are without beginning or end but speak directly to the deepest parts of human experience, beyond circumstance and even beyond illusion. In their originality, intimacy, and depth, they can be compared to the films of Andrei Tarkovsky.

His first feature, “Letter to a Child,” is a series of monologues prompted by the director’s searching questions to a group of young children, teenagers, young adults, parents, an elderly couple, and an old man in a village in Slovenia, poignantly conveying the innocence of childhood and its passage. Filmed in a dreamy, poetic, and almost mystical style, “Dad” (Oca) focuses on a young boy, about ten, who spends a summer day getting to know his father after what appears to have been a long separation. “A Girl and a Tree” is a film of spaces and silences, a love song to life and the beauty of growing old. Shot by cinematographer Marko Brdar, Skafar’s latest film Mama is a seamless blend of fiction and documentary which celebrates nature and its role in renewing the human spirit.

The film opens when winter is ending and spring is nearing rebirth. Ghostly images appear of two women. A graying middle-aged mother (Natasa Tic Ralijan, “Adria Blues”) is driving her daughter (Vida Rucli), a woman in her early twenties, to a remote farmhouse in Italy, a cottage whose walls are showing cracks and full of cobwebs. Without communication, the girl is taken to her room which is then locked. There is no dialogue for the first twenty minutes of the film and the pace is extremely slow. The mother works in the garden, prepares her morning meal, does yoga and writes letters to her daughter, apparently the only way they can presently communicate. In her thoughts we learn that her daughter has been self destructive and is a drug user.

The film’s first dialogue begins with the mother talking to a priest (Pierluigi Di Piazza) at the local monastery. The priest talks of the feast of roses where red roses represent joy and white rose reflect mourning. He tells her about communal life and the treatment for addiction as the camera focuses on young recovering addicts talking about their life and their problems of estrangement from their families. Complemented by the music of Vladimír Godár (sung by Iva Bittová) and the song “Ribbon Bow” performed by Karen Dalton, we visit a play area where the mother observes young children playing and jumping and laughing as she joins in with them, an engaging smile crossing her lips.

It is only a two minute segment, but I have rarely seen two minutes of cinema that better convey the experience of happiness. The last twenty minutes, shown from the daughter’s point of view, are impressionistic and full of the symbolism of nature, using a chorus to celebrate the fruits of freedom and independence. Skafar has said that “indirect forms of communication are the ones that can get to the most beautiful levels of what we are capable of with our soul, our mind, and our heart.” Mama touches all three. 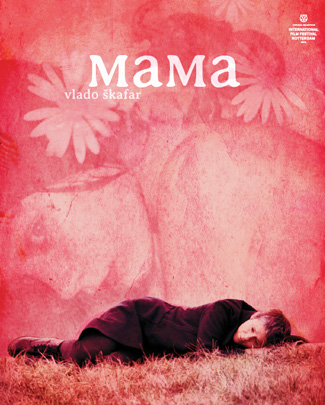