From North America to Scandinavia, from southern Europe to the Middle East, from the Himalayas to Australia, local myths are a common cultural feature. From the Jersey Devil to the Loch Ness Monster, from the Bunyip to the Yeti, people in particular areas perpetuate tales of mysterious creatures that appear and disappear. While never fully confirmed, and often disproved by scientific research, a perpetual presence remains in consciousness just enough to keep alive the idea that something may be out there. In some cases, these myths work as metaphors for fear, grief, past sins or, more optimistically, hope and the idea of someone looking out for you. Such is the case with Black Shuck, a folkloric myth from the East Anglian region of England that includes Norfolk, Suffolk, Cambridgeshire and Essex.

Described as a ghostly black dog, different interpretations follow this myth like a hound following scents. Sometimes described as simply a large dog, other times a canine the size of a calf or horse, Black Shuck may have glowing red eyes, or a cyclopsian single eye. He has been linked to Norse myth brought by Viking raiders, the European tale of the Wild Hunt, and the perpetrator of violent actions at St Mary’s Church in Bungay and Holy Trinity Church in Blythburgh, where scorch marks remain to this day. Despite this fearsome reputation, there are also accounts of Black Shuck being companionable and protecting wayward travelers. When Sir Arthur Conan Doyle visited Cromer Hall in Norfolk, he learned of the legend and may have lifted from it when penning his famous tale, “The Hound of the Baskervilles.”

For all his history, Black Shuck proves to have resonance in the modern day, as demonstrated by Josh Trett’s new film. The Black Shuck (available to stream on Amazon Prime) focuses upon a bereaved mother, Jamie (Rebecca Grant, “Retribution”) grieving for the loss of her daughter. As she moves through the motions of her life, scarcely able to put one foot in front of another, Jamie finds herself haunted by visions of a large black dog. This dog appears indistinctly: A presence behind her on the path; a sound outside her door; a recollection of a whisper from her daughter Olivia (Chloe Morrison). The existence of the Black Shuck remains dubious and uncertain as Jamie’s perceptions blur and the distinction is lost between memory, experience and imagination.

Trett eschews a clear-cut narrative, creating a palatable mood of grief and distress, tinged with a sense of hope. The film is characterized by juxtaposition and abrupt cuts, drawing the viewer into a fractured mind. In the central role, Grant is heartbreaking, keeping her grief and sorrow largely internalized yet expressing so much through so little. Subtle gestures communicate her loss while her luminous eyes speak volumes. Josh Trett and director of photography Matthew Trett often frame Jamie in shots that emphasize her isolation, the opening frames capturing her curled on the floor surrounded by spilled pills and an empty wine bottle. Here is grief, presented in purely visual terms that are exquisitely painful and deeply felt.

The film never cheapens or sensationalizes Jamie’s experiences, working as a meditative piece rather than deploying shock tactics. Potential moments of intimacy between Jamie and her (presumably ex) partner Jake (Mark Finbow, “Dead Dog Returns” TV series) serve to emphasize her disconnect. Brief flashes of Olivia bare Jamie’s soul with scalpel precision, her confusion and desperation mingled with the knowledge but not the certainty that what she sees is only in her mind.

This sense of doubt in Jamie’s perceptions of the world within and beyond her mind also characterizes the mysterious dog that haunts her vision. Here then gone, its presence is an eerie yet more constant presence than others. The regular appearances of this dog, combined with the longevity of the legend, evokes the notion of the dog as a human’s best friend. A dog that does not judge, nor condescend, and may not even understand, but is simply there.

The simultaneous reliability and menace suggested by the Black Shuck perhaps strikes to the heart of humanity’s paradoxical relationship with canines, and why the world over we are haunted by yet touched by dogs. Domestic beasts they may be, they are yet wolves in our living rooms, predators on our pathways. They are companions in life, uncannily familiar and alien all at once. Much the same is true of our perceptions when distorted by grief or trauma — our lives become characterized by the uncanny. Therefore, dogs in general and the Black Shuck in particular can serve as a metaphor for our relationship with memory — always with us, yet eternally distinct. This feeling and many more are suggested by this deeply evocative film, which warrants an in-depth viewing and even more in-depth consideration and discussion.

Movie Review: Can You Ever Forgive Me? (2018)
Movie Review: Fantastic Beasts: The Crimes of Grindelwald (2018) 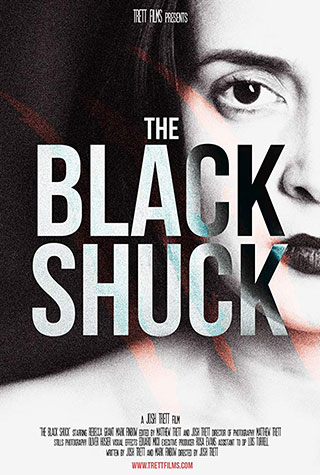