The Light of Hope (La llum d’Elna), a Spanish-language film directed by Silvia Quer from a script by Margarita Melgar, begins in a celebratory mood, as Pat, a boy of nine or ten, runs through the grounds of an old estate in the French countryside, threading his way through a beehive of activity. What is immediately evident is that there is nary a man to be seen. Because Pat describes the goings-on in the past tense, it becomes clear that this is a film about memory. However, this trope is a minor one in the narrative structure for soon the historical moment takes over, and that is the major focus of the film. The Light of Hope was produced as a television movie or telefilm, a genre that often depicts important historical periods or events since there is little time to build up pre-premiere publicity as can be achieved with a film slated to be released and distributed in movie houses.

Pat (Max Sampietro) brags to his unseen audience about his mother, Victoria (Natalia de Molina, “Living is Easy with Eyes Closed”), a Catalan refugee, describing her as a wonderful cook. The camera then moves to Elizabeth Eidenbenz (Noémie Schmidt, “The Student and Mister Henri”), the real life Swiss teacher and nurse who founded and ran the Elan Maternity from 1939 to 1944. Pat’s comment is that she is someone that can do everything but cook. The young Pat can’t fathom Eidenbenz’s heroic work. For him, living at the Maternity is great fun. In fact, this maternity center was established by the real life Eidenbenz, repurposing an old French villa in Elna, a town near the French-Spanish border, as a haven for displaced women, victims of the Spanish Civil War, who would otherwise face terrible conditions in Vichy-controlled refugee camps. Additionally, she “illegally” harbors so-called undesirables — mainly Jewish and Gypsy women — who face deportation and likely death if they are rounded up by local Vichy authorities.

The camera follows Pat as he skips and canters past dozens of busy young woman. Finally, it pauses, focusing on the rear door of a van, which rapidly changes the mood of the film. A pregnant woman in a tattered dress with feet wrapped in rags is a premonition of occupied Europe, which threatens to encroach on this small oasis of life.

Originally shown on Spanish television, The Light of Hope could have run the risk of being a commercial, stylized production with a plot that pitted pure feminine goodness against unalloyed evil. However, the film rises above this convention owing to the excellent script and direction, and the efforts of its ensemble cast. Consequently, Silvia Quer was successful in harnessing the grammar of cinema in the service of forging a woman-centric story that avoids “TV-movie” melodrama. The staff is portrayed as dedicated professionals seeking to create a safe, supportive environment for their wards, staying a step ahead of the suspicious Vichy administrators, whose primary function is to maintain a cautious eye to assure nothing transgresses a fascist agenda. Their motivation is self-preservation in the face of their Nazi overseers, and therefore, they must suppress any sympathy they may possess.

The film is structured episodically. However, inserted into the day-to-day operations are several subplots. At times, some of these stories within the story come close to being intrusive; however, they are sufficiently woven into the narrative to add to its texture and contribute to its resonance. Equally challenging was to realize a screenplay that compresses six years into several months, a wise choice because the alternative would be to cut up the action into time lapse sequences, occurring several months apart. Even the smaller roles reflect three-dimensional character development, and there are no stereotypical “types” such as the naïve do-gooder or the paper-thin evil-eyed fascist monster. At times, though, the English subtitles are a bit sanitized, for example, substituting an “Oh, Fuck” with an “Oh, Brother.”

Elisabeth Eidenbenz’s story is not one well known outside of Europe, but her work was impressive enough for the Israeli government to designate her as one of the “Righteous among the Nations.” This designation is reserved for non-Jews that risked their lives to save Jews during the Holocaust. Eidenbenz shares this categorization with well-known historical figures such as Oskar Schindler and Raoul Wallenberg and with several hundred others whose names are not easily identifiable.

Viewing the film encouraged me to investigate some of the historical record, of which there is considerable documentation, including several books in French and Spanish. Silvia Quer has stated she wishes the film to have a message for the 21st Century, an age of displaced persons and refugees. However, the story never spouts a didactic ideology. Rather, it reflects Eidenbenz’s simple reason for working so hard to create a haven of hope amid surrounding despair, something the Swiss citizen articulated during an interview: “Neither misery nor unhappiness have a homeland.” Elizabeth Eidenbenz lived to be 98 and passed away in 2011. The residence she operated has become a historical site, and the house and grounds upon which the institution precariously flourished is now a historical center. 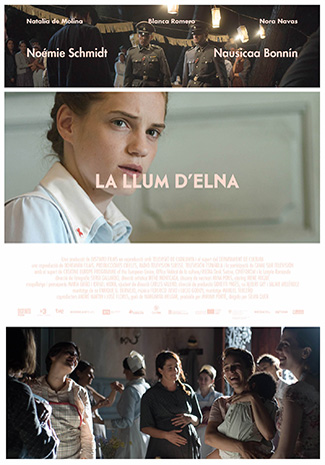