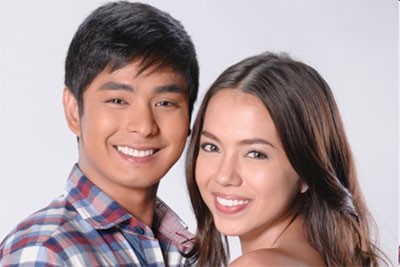 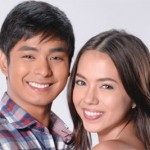 If you want to avoid romantic films filled with all the clichés you can possibly think of and more, you should think twice about seeing Manny Palo’s A Moment in Time. On the other hand, if you choose to skip it, you’ll be missing one of the sweetest, warmest, and most genuine movies of the year. A huge box office hit in the Philippines, the film stars Philippines TV personalities Coco Martin and Julia Montes in their first role together on the big screen. Although it isn’t “a love story with a difference” as it has been advertised, given its limitations, it is a heartfelt and involving film, filled with a beautiful score and outstanding performances from the young leads who can make you believe that it is all very real.

Written by Rondel Lindayag and filmed in the Philippines, Paris, and Amsterdam, A Moment in Time tells the story of the off-again, on-again relationship of Patrick (Martin) and Jillian (Montes). Their relationship can probably be summed up best by the lyrics of the Paul Simon song, Diamonds on the Soles of Her Shoes: “She’s a rich girl, she don’t try to hide it, diamonds on the soles of her shoes. He’s a poor boy, empty as a pocket with nothing to lose.” Patrick, who flashes his engaging smile during most of the film, is a part-time waiter and a painter who is saving money to send his little sister Mai-mai (Ellen Cruz) through school. Since the accidental death of his mother (Zsa Zsa Padilla) who was killed in a hit and run accident, the family has been struggling emotionally and financially. 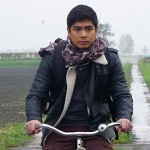 Undeterred by the disparity of their economic circumstances, however, the boyish-looking Patrick tenaciously pursues the shy Jillian in unusual ways — painting her picture on street walls, and hiring a blind guitarist to accompany him as he serenades Jillian at her school. A student of the violin, Jillian has plans to go to music school in Amsterdam and is trying to avoid becoming involved in a relationship but as we all know (some from experience), love will find a way. In this case, however, Patrick’s discovery of an event in Jillian’s past that caused harm to both of their families is enough to put up a stop sign at every corner.

Not helping either is Jillian’s mom (Cherie Gill) who invites Patrick to their house for dinner then tells him that he’s the wrong man for her daughter. The young couple take turns in being angry and upset with each other and the phrase “let’s talk” is heard a minimum of 25 times. Talking comes to an end, however, when Jillian moves to Amsterdam and gets engaged to be married. Don’t underestimate the resiliency of the filmmakers though — there is strong chance you’ll feel good when you leave the theater, a definite a no-no in some circles. 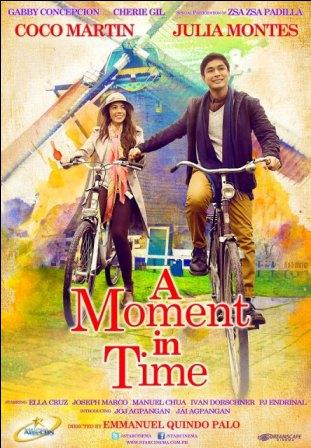