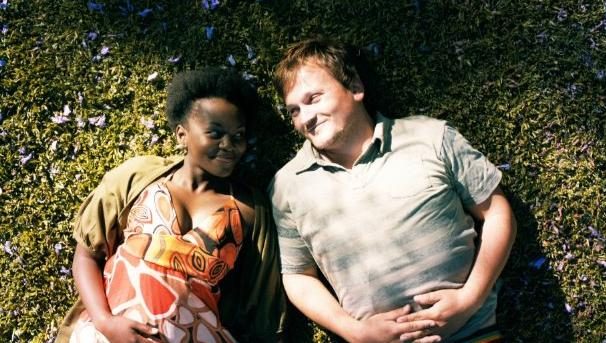 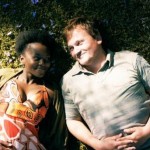 What’s a classic love story without some stars crossing overhead? What’s a romantic comedy without family members getting in the way and embarrassing both themselves and the lovers in question? What can a potential bride do when her father insists on more tradition than she’s comfortable with? How can a penniless suitor earn that father’s blessing? Fanie Fourie’s Lobola, winner of the Seattle International Film Festival’s Golden Space Needle Award and the Sedona International Film Festival’s Audience Choice for Best Comedy Award, examines this as it tells the sweet story of an Afrikaans man and a Zulu woman who fall in love by chance.

Fanie Fourie (Eduan van Jaarsveldt) can’t catch a break. He lives in his mother’s garage, works as a “panel artist” restoring battered cars, and no matter what he tries, he just can’t get women to understand him. Dinky Magubane (Zethu Dhlomo) is an intelligent beauty, saving to start her own business and trying to shake off her persistent suitor Mandla (Motlatsi Mafatshe), a rich man who intends on marrying her. Her father, Dumisane (Jerry Mofokeng), is a traditional man who wants her to honor her heritage, urging her to stop running and to finally settle down.

But fate has something else lined up for her — she runs into misunderstood Dinky in a cake shop (the result of a dare by Fanie’s rocker brother, Sarel [Chris Chameleon]) — and, as in many a romantic comedy, an unlikely relationship that faces trouble at every turn begins.

At the center of the story is Dumisane’s insistence that Dinky marry a man who pays a “lobola” — a traditional offering to the bride’s father. This, of course, poses no problem for wealthy Mandla, but is a major hurdle for Fanie, whom Dinky loves and wants to marry. As an educated girl who wants to earn her own way, Dinky angrily tells her father that she doesn’t come with a price tag. While Fanie tells Dinky that they’re “not like those people who think they’re the same and realize they’re actually different — we know we’re different and that makes us want to keep feeling the same,” they fight an uphill battle against prejudice from society and their families. 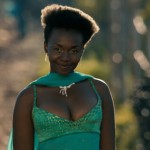 Fanie Fourie’s Lobola is a lovely comedy with some wonderful characters in Fanie and Dinky. The chemistry between van Jaarsveldt and Dhlomo is electric and you can’t help but root for the two of them to work things out. The rest of the cast supports them well, but, overall, is populated by caricatures of judgmental family members (the only exception being Dinky’s dad, who’s adorable and comically sweet in his own way). The story moves quickly from event to event, packing a lot of experiences into the seemingly short time the two are together, but, as it’s a light comedy, it’s easy to make some allowances for quickly-resolved issues here and there. The film also expresses some sharp commentary about the slowly-evolving acceptance of interracial marriages in South Africa (and about tradition in general), and the cringe-inducing racial jokes and familial judgments that underscore racial lines in society; yet, there are also hopeful universal ideals about two people who are meant to be together.

During a bad date, Fanie explains his passion for car restoration: “Most people see a [wrecked car] as a bad thing, but it’s actually the strongest part of the original car . . . It needs someone with enough patience, love . . . someone who cares enough to transform that wreck into a miracle.” Writer/director Henk Pretorius and co-screenwriter Janine Eser give us a wonderful metaphor in Fanie’s hobby and in Dinky’s devoted acceptance of him as he is. Ultimately, it comes down to thinking outside of the box, as Dinky says she’s been trying to do all her life. Do you challenge tradition, creating new ones as you go? Do you go against your family’s wishes, following your heart? Do you allow a romantic comedy — in this case, Fanie Fourie’s Lobola — to open your eyes to new possibilities in life? It couldn’t hurt to try, right? 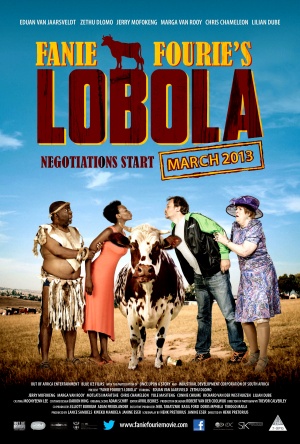