In 1973’s “The Exorcist,” 1986’s “Witchboard” and 2014’s “Ouija” (among others), we learned that playing with a Ouija board can expose you to some really dangerous spirits. In countless other films (horror or otherwise), we learned that bored teenagers conjure up some pretty bad ideas to create excitement in their lives. In 2012’s new-to-DVD horror flick, Jonah Lives, we’re presented with more teenagers and more ill-advised Ouija playing, but this time, the viewers are the ones who end up bored.

Written and directed by Luis Carvalho, the story takes place in a basement, where a group of teens can’t seem to find an activity they all can enjoy. Inspired, Francis (Ryan Boudreau) runs upstairs and fetches a Ouija board from his room, first passing through a party his father is throwing for a number of friends. After some arguing about the dangers of using a spirit board, the teens make contact with a man named Jonah, and Jonah reveals that his wife poisoned him to get his money. Appalled and saddened by his fate, the teens decide to try and bring him back from the dead, and by the time they snap out of their trances, Jonah has climbed out of his grave and attacks.

Jonah Lives is touted as “a rude spiritual awakening,” which I assume refers to the way old Jonah was brought back from the dead by a bunch of teenagers who haphazardly chant, “Come to us, Jonah,” without thinking of the potential consequences. Clearly, these six have never watched a single horror movie in their lives. It probably sounded like a great idea when it was first conceived though: Teens play with a Ouija board and bring back a man who wants revenge on his wife. Come to find out — the teens are hanging out in the basement of the house where a party is being held — and the murderous wife is at the party!

Not an awful idea for a story, but the execution of that idea certainly is. The acting in this film is vapid, manic, and senseless; while I understand teenagers are occasionally prone to mood swings, these characters jump from one underdeveloped emotion to the next with no clear catalysts. At one point, Lydia (Nicole Lasala) is either possessed, highly entertained by the events of the evening, or she has lost her mind (it’s really impossible to tell), and in the next moment, she offers herself to the corpse and asks him to take her with him. In addition, not one of them seems truly alarmed when Tony (James Barrett) is bludgeoned and killed, and none of them want to LEAVE when they realize that a corpse is after them. The editing of the film is amateurish, and uses frenetic, repetitive shots of character reactions that uselessly extend, rather than further, various scenes in the film. It takes way too long for the film to reveal how the party guests are connected with the events occurring in the basement, and, honestly, by the time you figure it out, you’re too bored to appreciate the attempt at a twist in the story. All of the characters (from the teens to the father to the party guests) are shrill, one-dimensional space fillers and it really doesn’t matter who comes out alive in the end; you certainly never develop sympathy for any of them. 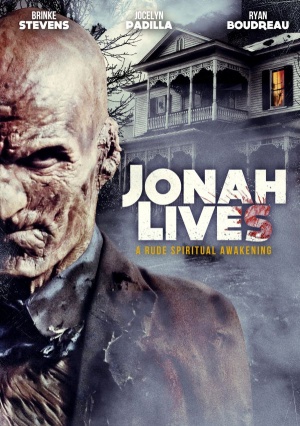