“Artificial Intelligence: Monster or Shangri-La?” Though the official tagline of Do You Trust This Computer? may prelude to a neutral stance on the evolution of AI, the resulting film is far more a cautionary prophecy than a wide-eyed musing about possibilities awaiting the human race. Chris Paine (“Who Killed the Electric Car?”) returns to the director’s chair to showcase how this science fiction is quickly becoming a reality, bringing a motley crew of minds together to discuss computers attaining human intelligence. Though Do You Trust This Computer? contextualizes our unnerving and exciting time in human history, it is so melodramatically heavy-handed that it often neuters its own efficacy.

Though humanity has anticipated the eventual rise of true mechanical intelligence since ancient Greece (from myths such as the Great Robots of Hephaestus), we have never been as close to actually achieving actual machine sentience as we are today. As the latest generation of self-learning computers have integrated into the very fabric of modern society, our lives have now become intrinsically bound to our technology’s survival. The film traipses along the unfathomable mountains of data that is collected on Earth each day, and explores its role in how we use devices and receive information (namely spotlighting AI’s evolution in high relation to Google). Though we may only see this through the small technical innovations that make our life easier and more comfortable, each industry is also automating; from assembly lines and medical diagnostics to autonomous military weapons.

This is an ominous topic, and the filmmakers damn sure want to ensure you realize that, constantly utilizing overly-dramatic music whenever they please (resultedly two-thirds of the film is underscored naggingly loud). The film constantly hypes its own aesthetic up as its focus panders about, buttressed by Inka Kendzia’s sleek graphics design, and Paul Crowder and Lauren Saffa’s snappy editorial sense. Regardless of its focus, the tempo sprints forward, never taking a breath long enough for the audience to appreciate the gravity of this new information. This impresses as an abridged version rather than an all-encompassing document. Paine relies too heavily enhancing the material to seem more crucially important, when his subject’s natural import is already enough to carry attention throughout its brisk 78-minute runtime. Due to such a sloshed presentation, the documentary feels almost amateurish (almost shocking, considering the minds at work on this project).

While he interviews a slew of important names from a variety of fields (from Elon Musk to Raymond Kurzweil and Jonathan Nolan) Paine does make an admirable effort to bring awareness to as many audiences as possible, relying on the sorted marquee value of his interviewees. By way of the eclectic veteran screenwriter Mark Monroe (“Icarus”), the film also possesses a dire earnestness in its message, as it wants its audience to seriously wake up to the fact this is happening, and to make all the necessary preparations to adapt to our future paradigms before it’s too late.

Do You Trust This Computer? is a flashy yet safe attempt to warn the masses of the impending apocalypse, though its seriousness is equally rivaled by its unintended (yet full-throated) hamminess. 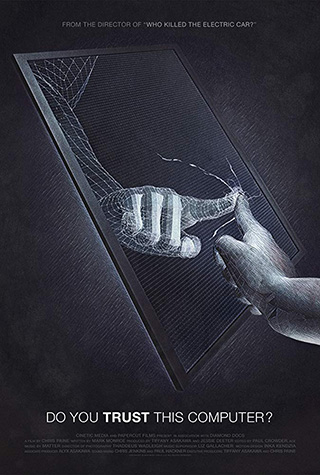