It’s a rare piece of cinema that is able to hearken back to atrocities committed during World War II through spoken recollections in the midst of a home invasion plot, but that’s exactly what we’ve been given with Winter Hunt (“Winterjagd”). Astrid Schult has crafted a unique, aging Nazi thriller, brimming with unending desires to unearth forbidden truths (by way of the “Millenium” book series). Yet while her film is deeply emotional and constantly pulsing with a deep-rooted unease, it is partially undone by its own ending and poor technical quality.

On a brisk night, Lena (Carolyn Genzkow, “The Nightmare”) shows up on the doorstep of a secluded family mansion in Germany. Though her claims of a car accident initially appeal to Maria Rossberg (Elisabeth Degen, “Open Cage”) to let her inside, it is soon apparent that Lena has arrived intentionally and with dubious intent. Lena has Maria’s father Anselm (Michael Degen, “Hannah Arendt”), a 90-year-old former Auschwitz guard, in her sights. While resolved to coerce a confession of his past crimes (of which the Rossbergs vehemently deny), Lena’s angry determination blinds her to the severe moral dilemma in which she has placed herself.

The character dynamics on display are damn impressive, with many conversations being built from countless layers of smokescreen misdirections and baiting, made all the more intense by the powerful and consistent performances by the whole cast. As each aspect of each character is revealed, all relationships evolve, break, and evolve some more. The significant number of plot shifts always build on existing tension and manage (for the most part) to continue the progression effectively. All in all, Schult and Daniel Bickermann’s screenplay is deftly crafted, however, this is also where the tight consistency of the film starts to fall apart, as the final third of the narrative loses all forward momentum when it struggles to wrap everything together. While it was striving to be ambiguous, emblematic, and subtly contemplative, it falls victim to a domino effect of rapidly mounting clichés that results in a disappointing non-ending.

The dynamic range of Katharina Bühler’s cinematography elaborates and greatly exudes the natural kinetic energy of each scene, making appropriate use of handheld and static camera movements and positions. In addition to this, Vincent Assmann’s editing is normally sharp and focused, playing with tempo and pacing in fairly interesting ways. However, these elements both fall victim to a few technical and continuity flubs, most notably in one shot in which the boom mic penetrates so deeply into the frame that all immersion is completely lost at a key dramatic moment.

Nonetheless, Winter Hunt is a film that needs to be experienced several times to be fully appreciated. A deeply fascinating installment in the modern World War II film catalog, it explores the continuous real-world effects of the terrible atrocities committed over 70 years ago, and how it affects us socially and personally. While its conclusion is superficial at best and a handful of technical drawbacks check the experience from being fully engrossing, it is still a fascinatingly brisk and cerebral assault on preconceptions. 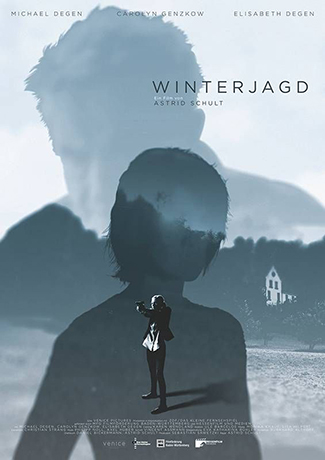